Study Says Fracking Causes More Hospital Visits, But Could Fear of Fracking Be the Real Culprit? 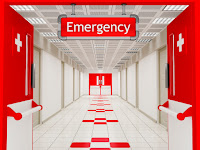 From The Daily Caller comes an article rather amusingly titled "Does Yoko Ono Cause Heart Attacks? Maybe...".  Here is some of what the author had to say:


In a study of data from three Pennsylvania counties from 2007 to 2011 (two counties where fracking occurred and a “control” county where no fracking was conducted), the authors found increased hospitalization rates for a series of ailments that were greater in the fracking counties than in the non-fracking control county. That finding is fact. The problem comes when the authors decided that fracking was the culprit and started trying to find why that is the case.

They expound on a laundry list of medical problems and vainly try to figure out how fracking could cause it (the data also show that admissions for orthopedics fell in the study period – maybe fracking is good for your bones!). The authors suggest increased vehicle emissions, chemical spills, and broken pipes as causes. They conveniently omit one very real possibility: it’s all in the head.

For years, anti-fracking activists have engaged in fear-mongering and hysteria to conduct their own private war. Protests at public meetings, a mass media campaign and the now-debunked movie Gasland have frightened segments of the public. Given the emotionally-charged atmosphere and how we know that stress negatively affects human health, we should expect hospital admissions to rise. We know that traumatic events and imagery affect human health.

But this study has many more problems.

It's an interesting question, really.  When shale drilling begins taking place in an area, is it possible that people who have read the reports that others have experienced certain health issues that they attribute to drilling begin to believe they are feeling those impacts as well?  Or that they perhaps experience something that they previously would always have attributed to, for instance, allergies, and they now blame drilling for it?

The rest of the article above goes on to note other issues with the PA study that blames fracking for higher hospital visit numbers, including the fact that certain issues, such as cancer, develop over a period of time and an increase in those numbers close to the start of fracking activity could not legitimately be blamed on it.