Showing posts from April, 2019
Show all

By Rob Magee - April 26, 2019
From the Washington Examiner: The United States needs more oil and natural gas production on federal land and in coastal waters. Consider the enormous demand for energy. The Energy Information Administration expects demand will increase 6.3% through 2050. Wind and solar energy are projected to meet an increasing share of energy demand, but hydrocarbons are still expected to provide 79% of America’s energy needs in 2050.  The argument for oil and gas production, however, is not just about meeting the increasing need for energy. It has been an engine for job creation and economic growth, and it has improved the lives of millions of people.  But the politics of energy production are driven, to this day, by the proposition that fossil fuels pollute the environment and depress the use of renewables competing with oil and gas. It is a myopic view, reflected in the keep-it-in-the-ground movement that wants to shut down oil and gas production.  It underpins presidential aspirant Eliz
Read more

Oil and Gas Workers Among the Best Paid in America

By Rob Magee - April 26, 2019
by Nicole Jacobs, Energy in Depth Thanks to America’s energy renaissance, the energy and utility sector has the highest median salary of any industry in the S&P 500, with the typical worker at one energy company earning almost $200,000 annually, according to the  Wall Street Journal . An  analysis  of annual pay disclosures by the  Journal  found that Phillips 66, Anadarko Petroleum Corp, and ExxonMobil topped the list of oil and gas companies, paying their median workers $196,407, $183,445, and $171,375 respectively. For comparison, the median wage for an American with an advanced degree is $77,324, according to the Bureau of Labor Statistics. Median pay in the energy and utility sector hit $117,000, the Journal reported. Higher wages are a result of booming American energy production. The analysis attributed high wages to a tight labor market driven in part by the shale revolution. Between 2017-2018, U.S. oil production  increased  by 17 percent, while the two top-payi
Read more 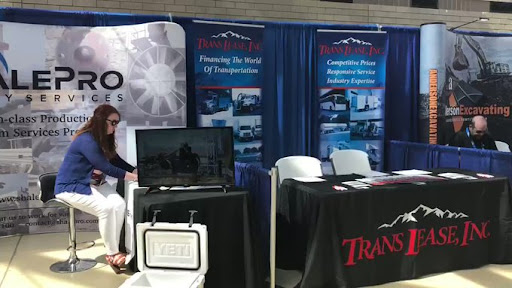 From WTOV 9: The Ohio Valley Regional Oil and Gas Expo may have wrapped up, but the opportunities are endless. Hundreds of people gathered at the Carnes Center to learn more about the oil and gas field industry reps say Belmont County still leads. Brittany Grego ✔ @BrittWTOV9 The Ohio Valley Regional Oil and Gas Expo is going on now at the Carnes Center! 180 vendors are here @ WTOV9 5 11:46 AM - Apr 24, 2019 See Brittany Grego's other Tweets Twitter Ads info and privacy "Belmont County is still No. 1 in activity,” said Mike Chadsey with the Ohio Oil and Gas Association. They are seeing a lot of really good wells, really smart wells being drilled and a lot of gas being produced." Click here to view the original article as well as a video news report.
Read more

Latest JobsOhio Report: $74 Billion Invested in Ohio Since 2011 Due to Shale

By Rob Magee - April 26, 2019
From the Times Reporter: Investment in the energy-rich shale sector in eastern Ohio continues to grow, reaching $74 billion since 2011, according to a report commissioned by JobsOhio.  The quarterly report, done by Cleveland State University’s Energy Policy Center at the Maxine Goodman Levin College of Urban Affairs, shows that about two-thirds of that investment has been in drilling, land acquisition, building roads and other expenses tied to the “upstream” portion of oil and gas production.  The rest has been spent on activities such as collecting and gathering the oil and gas along with transmission lines and investments in natural-gas power plants and other uses.  “The landscape for American energy looks vastly different now than it did just five or 10 years ago, and that is largely due to the resources being unlocked in the Ohio Valley,” said Matt Cybulski, director of energy and chemicals at JobsOhio, in a statement.  The study represents investment through the first ha
Read more

By Rob Magee - April 26, 2019
From Stateimpact Pennsylvania: Few legislators are more supportive of Pennsylvania’s natural gas industry than state Sen. Gene Yaw (Bradford), who serves as the Republican chair of the Senate Environmental Resources and Energy Committee.  However, when he addressed oil and gas industry representatives Wednesday at the Upstream PA Conference in State College, Yaw called out Energy Transfer for being irresponsible. It’s the company behind the embattled Mariner East project – a set of export pipelines moving natural gas liquids through the southern part of the state.  “This particular company, in my opinion, rode roughshod over people,” Yaw said in his remarks. “They haven’t explained what’s gone on. They haven’t addressed issues.”  The Mariner East project has resulted in dozens of violations for spills of drilling mud, which has contaminated private well water. Last year, state utility regulators temporarily shut down one of the pipelines, after sinkholes opened up in a Chester
Read more

By Rob Magee - April 26, 2019
From Business Journal Daily: Pin Oak Energy Partners , which last year acquired 64,000 acres of leasehold rights in the northern trend of the Utica shale in Ohio and Pennsylvania, has expanded its footprint.  Pin Oak said in a statement that it has closed a deal with SWEPI LP, a division of Royal Dutch Shell, for approximately 43,000 Utica acres in Mercer, Crawford, and Venango counties in northwestern Pennsylvania. The acquisition expands the company’s leaseholds to 60,000 acres in Mercer County, 5,500 acres in Crawford County and 7,100 acres in Venango County.  The deal increases Pin Oak’s position to 167,000 net deep acres across the entire Utica, with 99% of those acres held by production. “This transaction further bolsters the company’s deep Utica rights in the oil and wet gas window of the play,” said Mark Van Tyne, Pin Oak’s chief business development officer, in a statement. “The fact that the majority of the acreage is held by production affords us time to more thorough
Read more

By Rob Magee - April 26, 2019
From the Cleveland Plain Dealer: "Investment is more likely to happen if Ohio has a comprehensive energy policy that creates an equal playing field for all energy sources," said Bill Stanley of The Nature Conservancy in Ohio.  The surcharge would add $2.50 to monthly residential bills while commercial customers and businesses would pay more. Industrial users, for example, would see a $250 per month increase.  About half of the money from the surcharge would go to the Davis-Besse nuclear plant near Toledo and the Perry plant near Cleveland that produce 14 percent of the state's electricity. The rest would go to expanding Ohio's clean energy sector.  Both plants are slated to close by 2021 unless their operator, FirstEnergy Solutions, can find a buyer or the government eases the cost of operating them.  The plants — like many of the nation's aging nuclear reactors — are expensive to operate and maintain and struggle to compete with cheaper natural gas plan
Read more

By Rob Magee - April 18, 2019
From NGI: PTT Global Chemical pcl (PTTGC) and Daelim Industrial Co. continue to work towards sanctioning the multi-billion dollar ethane cracker proposed for Southeast Ohio, a project spokesman said this week. A final investment decision (FID) has been in the offing since 2015, when PTTGC committed $ 100 million for preliminary design work on the facility and initially expected to have a decision by 2017. The timeline was later pushed back to 2018 and passed. decision is imminent, pieces continue to fall into place that suggest the plant will ultimately get built, sources said. Project spokesman Dan Williamson said PTTGC is currently focused on selecting an engineering, procurement and construction (EPC) firm to build the massive facility. The recently contracted with a local business to remove trees from the proposed site. major regulatory approvals, having secured its air permit late last year from the Ohio Environmental Protection Agency. Click here to read more (subscripti
Read more

Permitting Picks Back Up a Bit in the Utica Shale

By Rob Magee - April 09, 2019
From the Akron Beacon Journal: Oil and gas companies have drilled more than 2,500 horizontal shale wells in Ohio, causing the state’s oil and natural gas production to surge.  Drillers came to Ohio planning to explore the Utica and Marcellus shales beneath the eastern half of the state, but most horizontal drilling — sometimes called fracking — has concentrated in the Utica Shale deposits in counties near the Ohio River.  In the early days of shale drilling, the average well was 6,000 feet deep and 4,000 feet long. Now, the average well is being drilled 8,500 to 10,000 feet deep and 12,000 feet long; some wells are as long as 20,000 feet, Simmers said.  Last year, 358 new horizontal shale wells were drilled, according to the Division of Oil and Gas, which is part of the Department of Natural Resources.  “These numbers, we project, are going to be pretty consistent for the next two years,” Simmers said. Read on by clicking here.
Read more 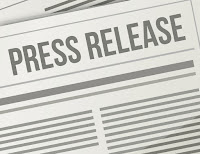 HOUSTON--( BUSINESS WIRE )--BlackGold Capital Management LP (“BlackGold”), a private credit investment firm focused on the energy industry, today announced the acquisition of a portfolio of Overriding Royalty Interests (ORRI) in the Utica shale of Ohio. The acquisition was completed in conjunction with co-investors. The ORRI will provide investors a portion of the revenue from natural gas production. BlackGold has also partnered with an established management team with a track record of investing in ORRIs. “The energy sector is in a multi-year transition and the industry remains under stress,” said Adam Flikerski, co-founder of BlackGold. “We believe there is strong demand for us to fill a gap left by banks and provide capital to middle market energy companies, as evidenced by our robust pipeline of funding opportunities.” Erik Dybesland, co-founder of BlackGold added, “Given the demand for capital in the energy industry and traditional sources curtailed, we believe that our platform
Read more

By Rob Magee - April 09, 2019
From the Sentinel-Tribune: The Rover Pipeline paid more than $4 million to Wood County in annual property taxes for 2018, with more than $69 million paid across the state, according to a press release issued by the company.  Across the full four-state project, the pipeline paid nearly $73 million in annual property taxes, and is expected to pay more than $180 million across the entire route in property taxes for 2019. This takes into account the full operations of the pipeline going service in the last quarter of 2018. The property taxes generated by the pipeline are paid to the local taxing authorities, which are then responsible for distributing the money based on the individual taxing guidelines set forth by each taxing jurisdiction, or county. That article also notes: Additionally, Rover has donated more than $375,000 to a variety of local non-profits and emergency management associations along the route, which includes the Ann Arbor YMCA, the Mountaineer Food Bank and the O
Read more

Permitting Grinds to a Halt in Utica Shale