By Rob Magee - August 28, 2015
The Ohio Department of Natural Resources has now released the production data from the Utica shale for the second quarter of 2015.  As always, we are going to give you a look at how the numbers compare to past quarters, past years, and how they break down among the various drillers who are active in Ohio and the counties where they are drilling.  We also have the top 10 oil and gas wells detailed below.  So let's dive in to the numbers.

One notable thing right off of the bat is that the report shows that there are now over 1,000 wells listing production data for the first time.  The most recent weekly permitting report showed 998 producing wells.

The numbers above show how rapidly the Utica shale has grown as well.  There has been nearly as much production in the first two quarters of this year as there was in all of 2014.  It's also noteworthy that it the Utica shale has passed 25 million barrels of oil produced and is nearly over 1 billion mcf of natural gas produced.

Here are the top 10 oil producing wells from the second quarter of 2015:

The following table shows the production figures broken down by county.  The two graphs give a visual at how the rates of oil and gas production compare among the 17 counties with wells reporting production. 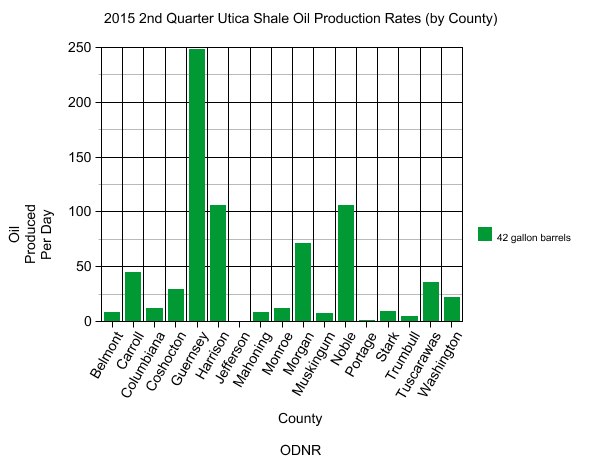 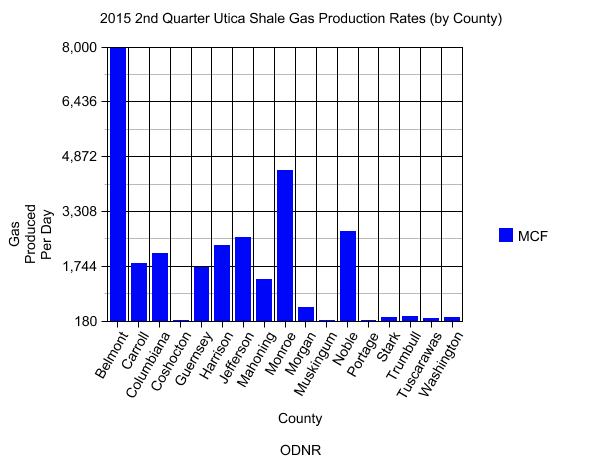 Next up is a table showing production data broken down by operator, and two graphs showing how daily rates of oil and gas production compare among the 23 active operators in the Utica shale during quarter two of 2015. 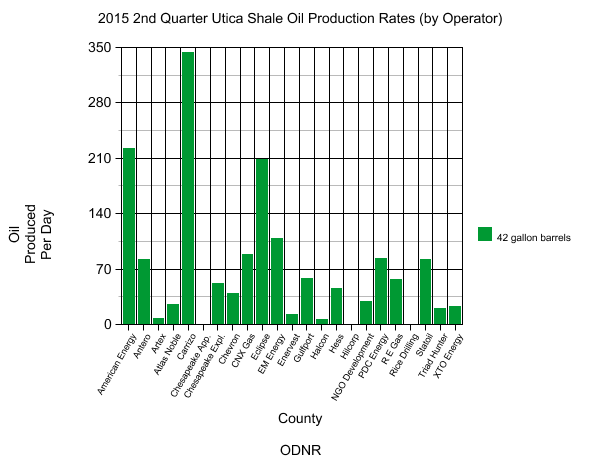 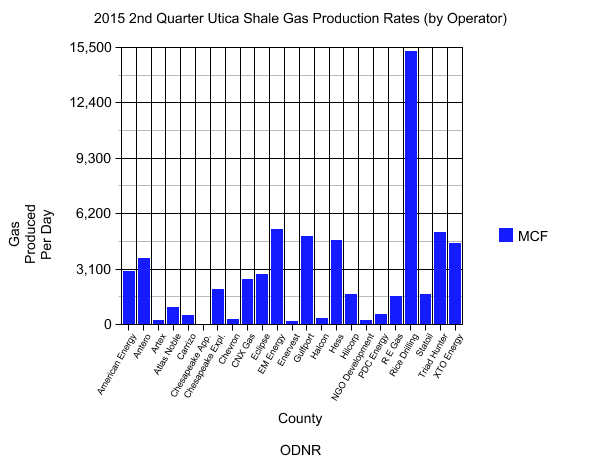