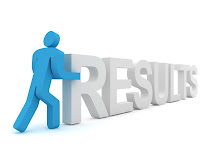 Several companies active in the Utica shale have already released their 2nd quarter 2015 results, and more continue to do so with each passing day.  This post will help catch readers up with some of the companies that have announced results (just click on the company's name to view its entire press release).

Magnum Hunter currently has four net horizontal wells producing from the Utica Shale. As of January 1, 2015, Magnum Hunter chose to stop all drilling and completion operations due to the drop in commodity prices and the expectation that a significant reduction in service related costs would occur. Two net Utica Shale wells have been drilled, and three net Utica Shale wells are in various stages of the drilling and completion phase. The Company anticipates these wells will be put on production prior to year-end 2015.

During the second quarter of 2015, two gross (1.0 net) Hoyt Marcellus Shale wells were brought on production in early April 2015 and two gross (1.0 net) Marcellus Shale wells and one gross (0.5 net) Utica/Point Pleasant well were brought on production on the Blake pad in May 2015. As previously stated, we have no additional wells budgeted to be drilled and completed in the Appalachian Basin for the remainder of 2015. We will continue to monitor the commodity pricing environment and services costs and will reconsider our drilling plans pending more favorable economic conditions in the basin.

Ohio Utica net production averaged 126 MMcfe/d for the quarter, a 74% increase from the prior quarter.

We turned to sales 11 gross (6 net) operated horizontal Utica wells with an average lateral length of 9,963 feet at an average development cost of $1,509 per lateral foot. These wells are currently producing approximately 185 MMcf/d on managed chokes. As ofJune 30, 2015, our leasehold position totaled approximately 55,500 net acres in southeast Ohio, primarily in Belmont County.

Our five operated Utica wells turned to sales prior to the second quarter continue to produce at a flat rate on a restricted choke, including our first well Bigfoot 9H, which has been producing since June 2014.


We are currently developing our first Utica well in Pennsylvania, the John Briggs 50U, located in western Greene County. We have drilled and completed the 5,800 foot lateral section and are currently installing production facilities. Development is ahead of schedule and we anticipate first production occurring late in the third quarter of 2015.

Since entering the Utica Shale, Gulfport has made it a priority to determine the optimal spacing regime in the play. Gulfport's science efforts on its Darla Pad and a number of other spacing pilots conducted by the Company and its peers have validated and strengthened its initial thoughts surrounding downspacing. From the Company's analysis, Gulfport believes 750 foot inter-lateral spacing is the optimal spacing in both the wet gas and dry gas windows and 600 foot inter-lateral spacing is optimal in the condensate window.

As Gulfport has further delineated its Utica position, the Company has divided its acreage position into six different type curve regimes based on BTU content, depth and estimated ultimate recoveries ("EUR"). Gulfport has updated its EUR expectations in the wet gas and condensate windows of the Utica Shale and now models the EURs in ethane rejection, which Gulfport believes is more representative of how it is producing the wells in the play today. In addition, Gulfport published three type curve expectations for the dry gas window of the play, where approximately 64% of the Company's acreage is located. All type curves assume the wells are produced under Gulfport's managed pressure program. Gulfport's spacing assumptions and EUR assumptions are summarized below.

As previously announced, on April 15, 2015 Gulfport entered into an agreement to acquire Paloma Partners III, LLC, for a total purchase price of approximately $301 million, subject to closing adjustments. Paloma holds approximately 24,000 net nonproducing acres in the core of the dry gas window of the Utica Shale, located in Belmont and Jefferson Counties, Ohio. The transaction is expected to close during the third quarter of 2015, subject to the satisfaction of certain closing conditions.

Pro forma for the full 24,000 net acres included in the pending Paloma acquisition  Gulfport's holdings of Utica Shale leasehold will total approximately 243,000 net acres under lease in the core of the play.


In the Utica Shale, Carrizo did not drill or complete any operated wells during the second quarter. Oil and condensate production during the quarter was more than 600 Bbls/d, a material increase from the first quarter as the two-well Wagler pad was hooked-up to sales during the quarter. While Carrizo does not currently plan to drill or complete any additional Utica Shale wells this year, it is actively working on ways to reduce costs in the play once it resumes drilling operations. Carrizo currently believes it will be able to drill wells in some parts of the condensate window of the play using two strings of casing, versus its previous well design that included three strings of casing. The Company currently expects that drilling a well with two strings of casing versus three would save approximately $0.8 million. In areas where the Company can drop a string of casing, Carrizo believes that it can reduce completed well costs for an 8,000 ft. lateral well to below $8.5 million.

During the second quarter, the Company signed a temporary marketing agreement with a midstream provider. As a result, Carrizo was able to hook its Wagler pad in northern Guernsey County, Ohio, to sales earlier than expected. The Company continues to be pleased with the performance of the wells, as they averaged more than 470 Bbls/d of condensate and approximately 2.0 MMcf/d of rich natural gas per well on restricted chokes over the first 90 days of production, and were still flowing at an average rate of nearly 500 Bbls/d of condensate per well after approximately 93 days of production. Carrizo operates the Wagler wells with an approximate 83% working interest.

Carrizo added bolt-on acres to its position in the Utica Shale during the quarter, with the added acreage located within the condensate window inGuernsey County. The Company's position in the trend now stands at more than 28,900 net acres.