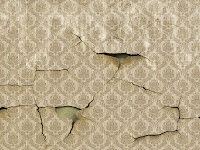 The ventures also proved popular in the high yield bond market. Last year, bond investors eager to wager on McClendon’s track record supplied billions of dollars to finance acquisitions and development of hundreds of thousands of acres of oil and gas fields.

A year later, with oil prices at just over $48 per barrel, there appears to be steep downside attached to that wager. Some of McClendon’s companies are struggling just to survive.

That article details some of the challenges American Energy Partners is facing, which we have posted about previously on the blog.  However, it doesn't even mention the lawsuits the company is dealing with over unpaid leases.  It certainly seems to be a very rough patch for McClendon and company.