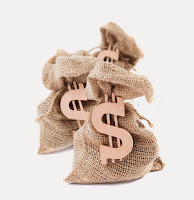 
So let's now turn to the two most important things we've been working on. One is our Utica joint venture, and the second is our contemplated sale of our ownership interest in Eureka Hunter.

So the Utica JV, we went through a long, prolonged process with a number of parties. We decided to choose one party predominantly based on economics related to their proposal, and those negotiations have been going on since March and here we are August. And I think it's important for you to understand that they have been very active negotiations. I can't even tell you the number for term sheets we're up to – in the twenties – but it's important for you to understand the depth and the level of the negotiations because we basically have been negotiating all the way to the definitive agreement. So we expect news of that in very short order, hopefully, early next week, and we will file 8-K according to that. We spent a whole lot of time looking at which wells we would drill, how we would do them and set the program to be a very, very good program and will help us prove-up acreage that we have over in Ohio. So we believe that we're very close. It's never done till the fat lady sings but there's been active, healthy negotiations and both parties are having great desire to complete the transaction. Citibank has been representing this on this matter since early in the year.

The second item has due with our Eureka Hunter holdings divestiture. We were originally approached by one MLP, were kind of given a price range. They did a fair amount of work. We kind of gave them an opportunity to get to the number. We weren't satisfied with the number, so we went out to a broader group. It's a small though; it's less than seven. We presented to almost all of these parties. We've gotten three more bids now – or three total bids. We're expecting more over the weekend and this week. And so we will pick a horse probably by the end of the next week or at the latest the beginning of the following. All the parties are the parties that I think our shareholders will be happy that we would sell to. We believe that this is a tremendous asset. There's a lot of interest. We've been very, very selective on who we would show this to. We have chosen not to show it to our competitors, only entities that we believe can add value and can enhance the true asset that we've worked so hard to build over the last five years.

So that transaction obviously is a major catalyst for Magnum Hunter. It allows us to significantly improve our liquidity position, and it's why the banks have been so good in working with us, unlike the lot of our peers. There are a number of companies that are going to have significant borrowing base reductions coming forward due to commodity prices and the greater scrutiny the Fed is putting on U.S. banks with energy loans. We don't have any of that. We were first movers in putting a second lien in last September/October. We were first mover into putting a small revolver in that had the restricted covenants that you would normally see removed, so it would give us time and flexibility. That doesn't happen if you don't have good assets. So even though our equity has been pummeled like many of our peers, look at the way our debt is trading. And our debtholders understand the quality of the asset base that Magnum Hunter has. We don't attract people like Keith Yankowsky having substandard assets.

Read much, much more by clicking here.


The company expects to generate more than $500 million by selling its interest in its Eureka Hunter Midstream pipeline system. That could happen in as soon as three weeks, although a longer timeline is possible.

The other deal is more likely to close sooner. A joint venture partnership for its Utica shale acreage should close early this week, executives from the Texas shale driller told analysts Friday in a second-quarter earnings call. It would bring in $450 million.