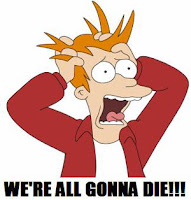 From TownHall comes an op-ed piece by Paul Driessen, a senior policy advisor with the Committee for a Constructive Tomorrow, which attacks the EPA Clean Power Plan that was announced by the Obama administration last week.

Here is a sampling of what Driessen has to say:


Some 30 states will have to slash their power plant CO2 emissions by more than 32% and at least 12 will have to implement 40-48% reductions. That is a tall order, since all those states now get 50-96% of their electricity from coal, and all of them depend on coal plus natural gas for nearly all their electric power. Imposing that transition and a conversion to 20% or more expensive and unreliable wind and solar energy by 2030 will be disastrous. It will bankrupt families, businesses, industries, communities and even states.

Electricity rates will rise not merely to the 15-17 cents/kWh in “green energy” states like California,from the 8-9 cents per kilowatt-hour currently paid in coal-reliant states. They could skyrocketto the 36-40 cents/kWh now paid in Denmark and Germany (70-80 cents when taxpayer subsidies are included).

That will hammer everything we make, grow, ship, eat and do. It will impair our livelihoods, living standards, liberties and life spans. And these destructive rules are being imposed by callous, imperious, unelected, unaccountable federal bureaucrats who are circumventing our laws and Constitution; disregarding the clear will of Congress, which has rejected nearly 700 climate bills; and colluding regularly with radical Big Green pressure groups on sue-and-settle lawsuits and new regulatory edicts.

Under the CPP, everything business owners, workers, families and communities strived for their entire lives will be at risk. Millions of workers will lose their jobs, leaving more families destitute and welfare dependent, their sense of self-worth destroyed. Many will have to choose between buying food and gasoline, paying the rent or mortgage, going to the doctor, giving to their church, or saving for retirement.

Families will face severe sleep deprivation, greater stress and depression, and more drug and alcohol abuse, spousal and child abuse, theft and robbery. Nutrition and medical care will suffer. More people will have strokes and heart attacks. More will die prematurely or commit suicide. More elderly people will perish from hypothermia, because they cannot afford to heat their homes properly.

Click here to read the rest of this piece.

Driessen certainly paints a grim view of the Clean Power Plan's future impacts.  In a time where the pro-drilling, pro-gas side of the energy debate so often accuses environmentalists of making alarmist claims to elicit an emotional response and gain support, this article reveals that pro-industry advocates aren't free from accusation in that area.