Moody's: Costs Are Covered with Oil at $42 a Barrel 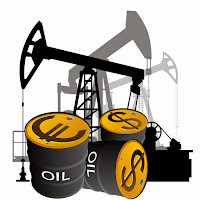 
The median North American independent producer can survive at about a $42 per barrel of oil equivalent price, according to a new analysis by credit rating agency Moody’s Investors Service.

The study compared the full-cycle cost of production among independent producers and found that many could easily handle low commodity prices thanks to significant cost savings and continued production growth. Full-cycle costs include the cost of producing each barrel of oil equivalent as well as the cost of finding a new barrel to replace the one produced. The calculation also includes interest payments companies need to make to service any debt.

“Total full-cycle costs are a good if not perfect proxy for the company’s total economics and breakeven cash costs required to both produce and replace production, and to service debt,” Moody’s analysts wrote.

“The average full-cycle cost of $44/boe and portfolio median of $42/boe signal that some E&P companies with a high proportion of liquids production could withstand oil prices at a relatively weak pace price of $50/boe in 2015, but a number of companies with unsustainable high cost structures must reduce total full-cycle costs significantly,” the ratings agency wrote.

There have been other projections of how low oil prices can be while still allowing producers to continue operating, but this is the lowest number I can remember seeing from any of them.  There is no question that the focus for producers will continue to be on lowering costs while oil prices remain low.