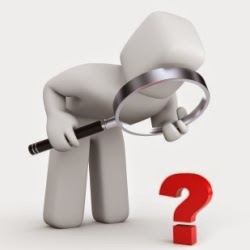 
Fracking doesn’t appear to be allowing methane to seriously contaminate drinking water in Pennsylvania, a new study finds—contrary to some earlier, much publicized research that suggested a stronger link. But the lead authors of the two bodies of research are sparring over the validity of the new results.

The new study of 11,309 drinking water wells in northeastern Pennsylvania concludes that background levels of methane in the water are unrelated to the location of hundreds of oil and gas wells that tap hydraulically fractured, or fracked, rock formations. The finding suggests that fracking operations are not significantly contributing to the leakage of methane from deep rock formations, where oil and gas are extracted, up to the shallower aquifers where well water is drawn.

The result also calls into question prominent studies in 2011 and 2013 that did find a correlation in a nearby part of Pennsylvania. There, wells closer to fracking sites had higher levels of methane. Those studies, however, were based on just 60 and 141 domestic well samples, respectively.

“I would argue that [more than] 10,000 data points really tell a better story,” says hydrogeologist Donald Siegel of Syracuse University in New York, whose team published the new study online this month in Environmental Science & Technology. Chesapeake Energy Corp., which has large oil and gas stakes in Pennsylvania, supplied the researchers with the database, the largest of its kind, and also funded the work.


Specifically, this new paper addresses assertions made in papers published by researchers from Duke University in 2010 and 2013. As EID noted each time, the studies contained a number of flaws (several conceded by the authors), including a lack of baseline data, the decision not to randomly sample wells, and the presence of high levels of methane in lots of water wells residing nowhere near natural gas wells. A series of peer-reviewed comments took issue with the Duke team’s conclusions, saying there was a “lack of data” to support their conclusions, and that the report “misrepresents potential risks” of shale development.

The methods used in the new peer-reviewed paper specifically address the limitations of the previous study.  These include using a dataset hundreds of times larger and the use of all commercial hydrocarbon wells, not just unconventional wells.  The study uses four statistical approaches, which come to the same conclusion: “there is no significant correlation between dissolved methane concentrations in groundwater and proximity to nearby oil/gas wells.”

As the study concludes:

“Our results show that even among baseline groundwater samples collected near existing gas wells, there is no evidence of systematic increased dissolved methane concentrations closer to oil/gas wells. Indeed, we did not even remove the few cases of known fugitive gas releases in our study to be conservative in our approach. If they are present, then they are rare enough to not affect our results.  Combined, the results of all four statistical approaches yield a defensible, compelling argument that there is no significant correlation between dissolved methane concentrations in groundwater and proximity to nearby oil/gas wells.” (emphasis added)

The findings of the new study are all the more remarkable after re-examining the comments made by the Duke’s Rob Jackson, and critics of his study, when the original report was released, specifically on the sample size and baseline data:

Read more of this article by clicking here.