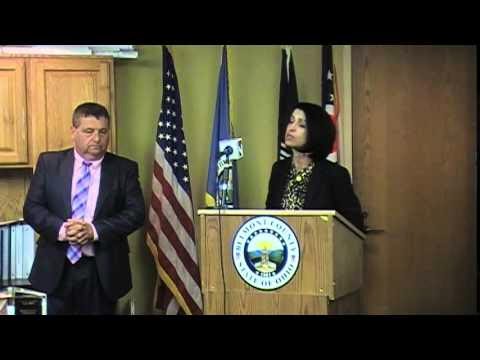 
Today Governor John R. Kasich announced that PTT Global Chemical (PTTGC), Thailand's largest integrated petrochemical and refining company, and its project partner, Marubeni Corporation, a Japan-based company, have selected a site in Belmont County, Ohio for the possible construction of a world-scale petrochemical complex, also known in the industry as an ethane cracker. With a site now selected, PTTGC and Marubeni will take the next 12-to-16 months to complete the detailed engineering design and permitting at the Ohio site.

For nearly two years, PTTGC and Marubeni have considered project sites across the Utica and Marcellus shale region. JobsOhio, the private, non-profit corporation designed to drive job creation and capital investment in Ohio, has worked with the companies throughout this time and led the effort to move this project forward in Ohio.

"Ohio is at the center of America's new energy industry, and the smart companies want to come here to be part of the great things that are happening. We are one step closer to landing a new, multi-billion dollar investment in eastern Ohio, and that's exciting news for our state, the region and Belmont County," said Kasich. "There is more work ahead before final decisions on this project are made, but I know our Ohio team will do everything we can to bring it fruition. We are excited about the possibility of working with companies of the caliber of PTTGC Global and Marubeni. A project of this size can help lift the region forever."

If constructed, the ethane cracker would utilize ethane extracted from the region's Marcellus and Utica Shale formations. The facility would then "crack" the ethane into ethylene, which is used as a basis for plastics and resins contained in everyday items such as food and product packaging, textiles and pharmaceuticals.

"Working with JobsOhio and the state over the past two years has been a positive experience and we look forward to moving this project into the next phase," said Dr. Kongkrapan Intarajang, Executive Vice President of International Business Relations for PTTGC. "While we have not yet made final decisions on this investment, we will continue to work with Governor Kasich, JobsOhio and all of the local partners in an effort to make our vision a reality."

John Minor, President and Chief Investment Officer of JobsOhio, added, "This project has been a truly collaborative effort, resulting in this good news for eastern Ohio and the state. JobsOhio's David Mustine and Matt Cybulski played leading roles working with PTTGC and Marubeni along with our regional partner Appalachian Partnership for Economic Growth and local development partners. I thank them for playing such integral roles in advancing the project to this point. An ethane cracker in Belmont would facilitate additional investments in the growing shale and petrochemical industries, and with greater investments come more job opportunities for Ohioans."

PTTGC and Marubeni are expected to make a final investment decision in 2016. Should the project move forward, construction of the ethane cracker facility would take an estimated three and a half years to complete.


"The location makes sense because of where we are," Thomas continued, adding companies would not have to pay to ship the ethane as far if they can send it to the proposed site, just south of Shadyside along the Ohio River.

Thomas said it is premature to indicate whether the developers or some governmental body would actually own the proposed plant, which can still be used to produce electricity in times of "peak demand" by FirstEnergy. Thomas also said it is too early to say exactly how much acreage the cracker facility would include. However, he said "the Dilles Bottom area in Mead Township will be dramatically changed."

"The Belmont County site was chosen over locations in Pennsylvania and West Virginia. This is an exciting moment for the state, the region, and potential job seekers," Johnson added.

Now the question becomes: will the plant actually get built?  It will be a little while before we find out.