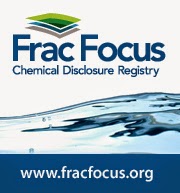 
The Environment Protection Agency on Friday released a new analysis that concludes almost 700 chemical additives are used in hydraulic fracturing for oil and natural gas.

Ninety-eight percent of the fluid injected into wells is water mixed with sand, which is used to keep fractures open so that oil and gas can be removed from shale.

But the EPA’s analysis released Friday provides a more comprehensive look at the remainder of the fracking chemicals, which the industry says are used to protect equipment, reduce bacteria and keep fluid flowing, among other things.

Anti-drilling group EcoWatch characterized these findings as an alarming revelation:


Despite all these limitations, the findings were still alarming. The report found that the median number of chemical additives per fracking job was 14. Hydrochloric acid, methanol, and hydrotreated light petroleum distillates were the most common additives, being reported in 65 percent of all disclosures, says The Hill. Even in low doses, these are known to cause skin irritation, chemical burns, headaches and blurred vision, according to the Center for Disease Control and California’s Office of Environmental Health Hazard Assessment. At higher concentrations, exposure to these chemicals can cause shortness of breath, blindness and possibly death.

The report has been heavily criticized for its reliance on a voluntary reporting system and for not probing deep enough into the toxicity of these chemicals. “Launched in 2011 and delayed repeatedly, the study was supposed to provide definitive answers to the public’s concerns about fracking’s possible effect on drinking water,” says InsideClimate News. “But pushback from the oil and gas companies and the EPA’s weakness relative to the multi-billion dollar fossil fuel sector narrowed the project’s scope.”

Specifically, the $29 million initiative “will not include baseline studies that provide chemical snapshots of water before and after fracking,” says InsideClimate News. “Such data is essential to determine whether drilling contaminated water or whether toxic substances were present before oil and gas development began.” However, EPA researcher, Tom Burke, assured The Hill that “This report really focuses on the first step, and that is collecting information about what is used and the volumes of what is used. As part of our broader assessment, we will definitely be focusing on toxicity, though.”

This report from the EPA seems to have largely been met with a collective yawn, with most mainstream news outlets not making any mention of it.  It's not that hard to see why.

EcoWatch's shock and alarm at learning that there are almost 700 chemicals that might be used in fracking is silly.  Activist groups have been sounding the alarm about this for years, with some saying that "up to 600" chemicals can be used for fracking and others saying "over 600".  There is hardly anything shocking, then, in the EPA study stating that nearly 700 different chemicals were disclosed.
The outrage expressed over the limited scope of the report in the second paragraph quoted above from the EcoWatch article is also pretty ridiculous, considering that those concerns were specifically addressed by the quote from the EPA in the very next paragraph.  This report is just one part of a more comprehensive overall investigation that the EPA is conducting.

Another likely reason that this report hasn't created much of a stir, unless I'm missing something, is that the EPA has seemingly just burned through $29 million to create a report that simply summarizes data that was already available to any member of the general public that would like to look at it.  It is useful to make the information easier to digest, and provides state-specific summaries, but there is certainly nothing groundbreaking in the information the EPA has released.

Below is a pdf with details on the report, and below that is a summary sheet for Ohio.  Click here to view hotlinks to information for other states.