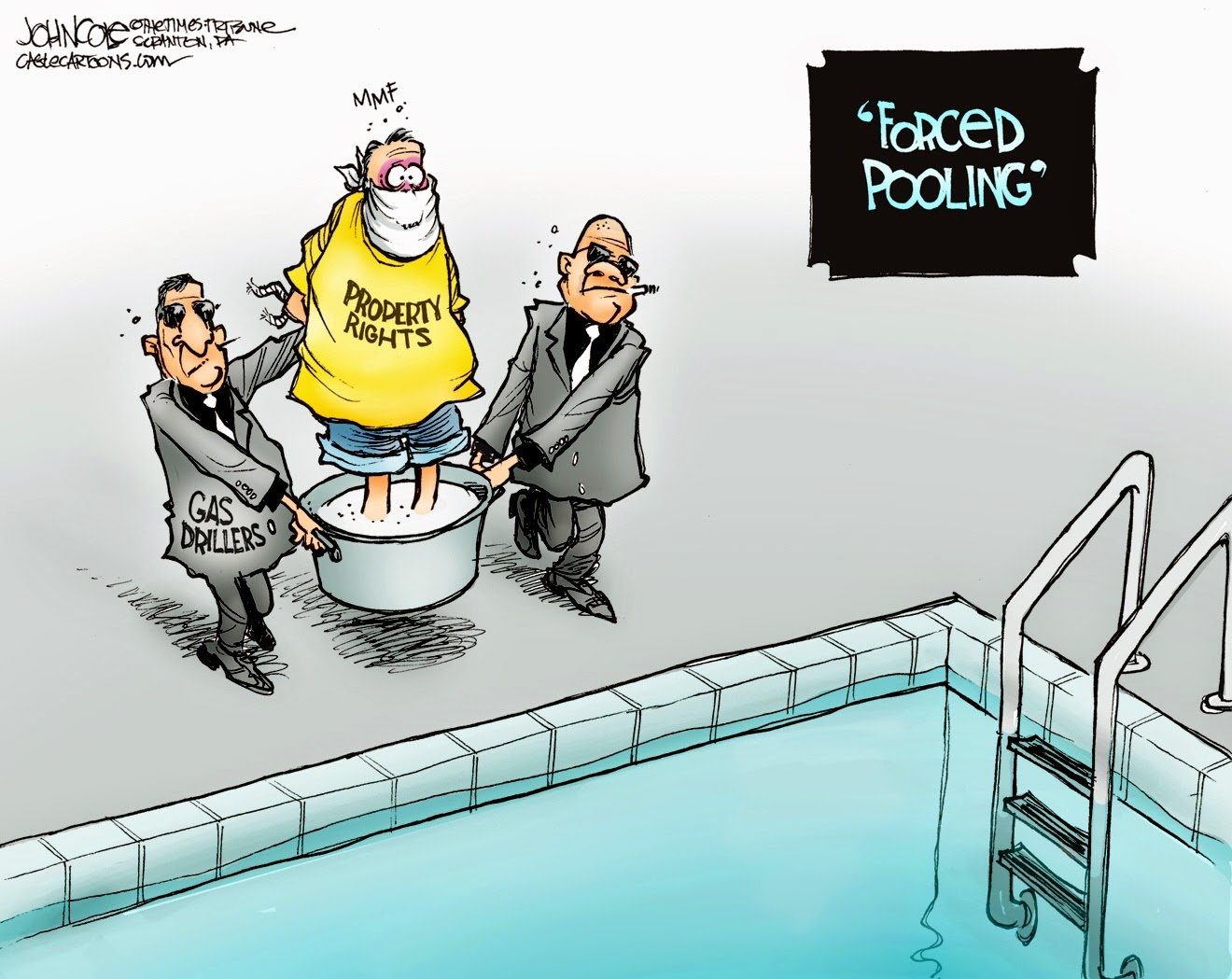 
Curtis Wallner is not sure what "nuisance oil" extracted via fracking is.

Neither is a spokesman for the Ohio Department of Natural Resources, which oversees mineral extraction in the Buckeye State.

Because of that uncertainty, Wallner - who owns more than 26 mineral acres outside Bellaire along Sand Hill Road in an area that already features multiple wells in various stages of drilling and fracking - said he has declined to sign a lease with any drilling company.

The wording of the latest offer he received calls for paying $8,000 per acre with 20 percent worth of production royalties. Although this would land him a check for $211,145.60, in addition to future royalties, Wallner refuses to sign, largely because of the nuisance oil term.

Have any of our readers encountered these sorts of tactics in negotiating with drillers?  Threatening someone with forced pooling and refusing to explain a strange term in the lease - a term which the article goes on to state that even a representative from the Ohio Department of Natural Resources is unfamiliar with - is definitely the sort of behavior that hurts the industry's reputation.