What Does the MarkWest Merger with Marathon Mean for Utica Shale Region? 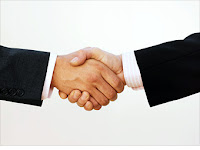 As mentioned Tuesday here on the blog, a $15.8 billion merger deal has been struck between MarkWest Energy and Marathon's MPLX.  A new report looks at the impact that this will have on the area.


Marathon Petroleum recently Corporation purchased natural gas processor MarkWest Energy. The companies will merge in what is a $15.8 billion deal, making it one of the biggest oil-patch deals within the last year.

This news has caused a few people locally to question the future of their jobs, given that MarkWest has a strong presence in Ohio, especially Harrison County. The natural gas giant recently cut the ribbon on its biggest addition in Harrison County, the MarkWest headquarters.

Now MarkWest, one of the largest natural gas processors in the U.S., will see another major change.

“They announced (Tuesday),” Harrison County Economic Development Director Nick Homrighausen said. “All we know is it was a good merger.”

The two companies have worked together on several projects in the past. County leaders say the partnership is beneficial from a business standpoint, and it's a merger both company's shareholders and customers can get behind.

“It will free up capital for both companies to continue to expand within Utica and Marcellus shale,” Homrighausen said.