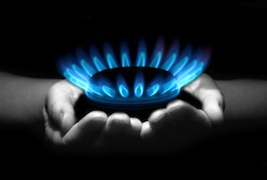 The expanded geographic scope of the EIA-914 survey is in response to significant increases in U.S. natural gas production over the past several years, as well as important changes in production sources over this period. The original EIA-914 survey, which was initiated in 2005, did not offer individual coverage for states such as Pennsylvania that have undergone transformative natural gas production growth, or for other states that may soon experience significant near-term production increases.

As the release mentions, only natural gas production is covered in the new report at this time.  The EIA site notes that crude oil production figures are to be added later this year.

Here are the figures: