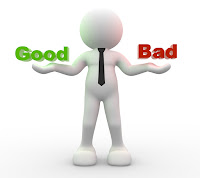 
In the Youngstown-Warren region, the average price for a gallon of regular gas is down about 85 cents from last year with Tuesday’s average of $2.65, according to AAA.

Savings at the pump means more money in consumers’ pockets to spend, save or use to pay off debt.

That’s the bright side of the drop of about 50 percent in oil prices from last year.

That price could continue to drop if the U.S. and other world powers’ nuclear deal with Iran gets past Congress’s review.

In trading Tuesday, benchmark U.S. crude oil prices were volatile, falling quickly then rising. Iran is an OPEC member, but its oil production has been affected for years by sanctions over its nuclear program. Any easing of the sanctions could see Iran selling more oil, which could bring down crude prices.

Last week, the Mahoning Valley once again saw the darker side of lower oil prices when Vallourec Star, a Youngstown pipe manufacturing plant that supplies the oil and gas industry, announced a workforce reduction of about 60 to 80 jobs effective in August.

“I don’t want to pay more for gas, but I don’t want people to lose their jobs,” Butto said.