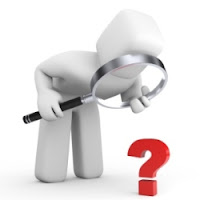 From the University of Pennsylvania Perelman School of Medicine:


PHILADELPHIA - Hospitalizations for heart conditions, neurological illness, and other conditions were higher among people who live near unconventional gas and oil drilling (hydraulic fracturing), according to new research from the University of Pennsylvania and Columbia University published this week in PLOS ONE. Over the past ten years in the United States, hydraulic fracturing has experienced a meteoric increase. Due to substantial increases in well drilling, potential for air and water pollution posing a health threat has been a concern for nearby residents.

Using databases that contained over 198,000 hospitalizations (which includes multiple hospitalizations for the same person), the team examined the top 25 specific medical categories for hospitalizations, as defined by the Pennsylvania Health Cost Containment Council. They associated these categories with residents’ proximity to active wells. Two of the counties -- Bradford and Susquehanna -- saw a significant increase in drilling activity over this time period, while the control county, Wayne, experienced no drilling activity due to a ban on drilling in that county because of its proximity to the Delaware River watershed.

“This study captured the collective response of residents to hydraulic fracturing in zip codes within the counties with higher well densities,” said senior author Reynold Panettieri, Jr., MD, a professor of Medicine and CEET deputy director. “At this point, we suspect that residents are exposed to many toxicants, noise, and social stressors due to hydraulic fracturing near their homes and this may add to the increased number of hospitalizations. This study represents one of the most comprehensive to date to link health effects with hydraulic fracturing.”

However, the authors caution that more study is needed to determine how specific, individual toxicants or combinations may increase hospitalization rates. For example, the increase in cardiology hospitalizations could be related to an increased exposure to air pollution such as diesel exhaust and fine particulate matter; however, this would require personal monitoring studies to measure exposure to specific toxicants, Panettieri notes. “Our findings provide important clues to design epidemiological studies to associate specific toxicant exposures with health end-points.”

Their findings revealed that cardiology and neurologic inpatient prevalence rates (the proportion of a population found to have been hospitalized per 100 residents per year) were significantly higher in areas closer to active wells, as determined by the proximity of wells to a person’s home and their density as defined by the number of active wells per square kilometer. In addition, increased neurologic inpatient prevalence rates were associated with higher well density. Hospitalizations for skin conditions, cancer, and urologic problems were also associated with the proximity of dwellings to active wells.
The team found that 18 zip codes had a well density greater than 0.79 wells per square kilometer, and residents living in these zip codes were predicted to have a 27 percent increase in cardiology inpatient prevalence rates for each year this specific active well density existed compared to Wayne County residents where there is no drilling. The researchers aim to look at specific types of health problems within these broad categories in the future.

While the study does not prove that hydraulic fracturing actually causes these health problems, the authors say, the hospitalization increases observed over the relatively short time span of observation suggests that healthcare costs of hydraulic fracturing must be factored into the economic benefits of unconventional gas and oil drilling.

This study was supported by the National Institute of Environmental Health Sciences (P30-ES013508, P30-ES009089). The EHSCCs belong to an inter-Center Working Group on Hydraulic Fracturing, which is a consortium of the nation’s EHSCCs, chaired by co-author Trevor Penning, PhD, CEET director.

The entire report is viewable below in this post.

Energy in Depth has already issued a response to this report, seeking to refute the idea that the researchers have found any clear connection between drilling and increased health problems.  Here is a portion:


Here are the top five things to keep in mind when reading this report.

Fact #1: The county with the highest number of wells (Bradford) actually had the lowest overall inpatient occurrences

Using the data in the chart below, the ranking of the counties with the highest number of incidents by population is as follows: Susquehanna (1.92), Wayne (1.69) and Bradford (1.57). 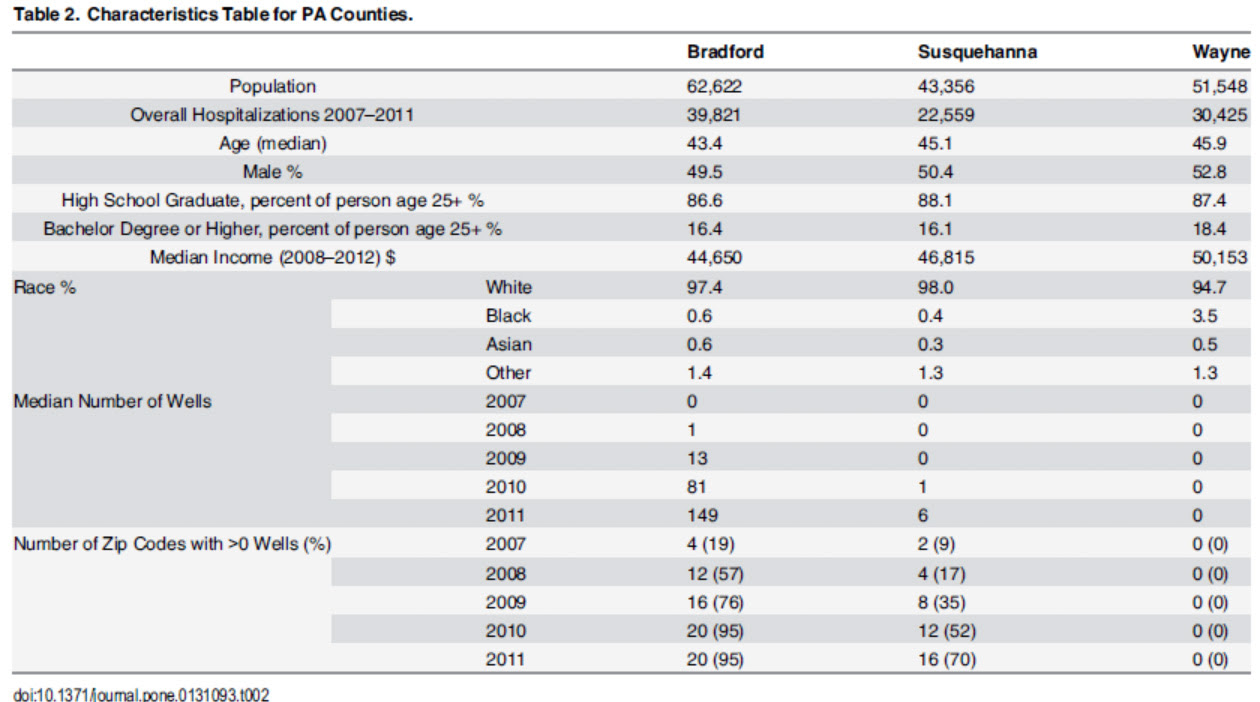 If we are to follow the researchers’ logic and assume a link between well density and hospitalizations, shouldn’t Bradford County, which had the highest well density, have the highest number of incidents? One would think so, but actually the authors note that the zip code with the highest incidences of hospitalizations was found in Wayne County, where no natural gas development occurred due to a moratorium put in place by the Delaware River Basin Commission (DRBC). From the report:

“In our analysis, one particular zip code had extremely high inpatient prevalence rates compared to other zip codes. Thus, a sensitivity analysis was performed (data not shown). This zip code is located within Wayne County and had no active wells from 2007 to 2011.” (Page 12)

Interestingly, that zip code was removed from the analyses with no explanation as to why. What’s more baffling is that the authors also removed a zip code from Bradford County that had “extremely high wells/km2 in 2010 and 2011.” From the report:

“In our analysis, one particular zip code had extremely high inpatient prevalence rates compared to other zip codes. Thus, a sensitivity analysis was performed (data not shown). This zip code is located within Wayne County and had no active wells from 2007 to 2011. Removal of this zip code from the analysis had little effect on either the number of wells or the quantile analyses, and there was no change in inference and the estimated risk ratios. Next, a zip code in Bradford had extremely high wells/km2 in 2010 and 2011, 16.9 wells/km2 and 23.4 wells/km2, respectively. Consequently, we explored both sets of analyses without this zip code to determine whether removal of this zip code changed inference. Like the first sensitivity analysis, removal of the Bradford zip code had little effect on inference.” (Pages 12-13)

What the authors don’t make clear is what the incidence rates for hospitalization looked like in the zip code with “extremely high wells” or why it was removed. Could it be because the hospitalization rates were very low or stable?

That article goes on to list 4 other points in connection with this study.  Continue reading it by clicking here.

Here is the actual report: