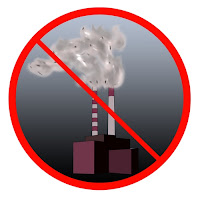 
A big change is coming to Ohio: Coal is on the way out and cleaner-burning natural gas is moving in.

That switch was behind the ceremonial groundbreaking Tuesday southeast of Canton in tiny Carroll County, where a new, $899 million natural gas-fired power plant is being built in the heart of Ohio’s Utica Shale.

Carroll County Energy hosted a mini-party for the 700-megawatt plant that already is under construction on a 77-acre site off state Route 9, about 2½ miles north of Carrollton.

The plant will produce enough electricity to power 750,000 houses and is scheduled to begin operations in December 2017. It would have been impossible without the development of the Utica Shale in eastern Ohio that is yielding large volumes of low-cost natural gas, said Thomas Spang, chief executive officer of Advanced Power AG, the Swiss-based company behind the project.

Read the rest of the article by clicking right here.