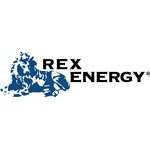 In the Moraine East Area, the company has tested the remaining two wells on the four-well Renick pad. The two wells were drilled to an average lateral length of approximately 5,900 feet, completed in an average of 39 stages and utilizing average sand concentrations of 2,350 pounds per foot. The two wells produced at an average 24-hour test rate, assuming full ethane recovery, of approximately 9.3 MMcfe/d, consisting of 4.0 MMcf/d of natural gas, 790 bbls/d of condensate and 85 bbls/d of condensate. Based on composition analysis, the gas being produced is approximately 1,300 BTU.

"We are very pleased to see continued strong performance from our new wells in the Moraine East and Legacy Butler areas", said Tom Stabley, Rex Energy's Chief Executive Officer. "The Renick wells have further de-risked the area while illustrating improved well response as a result of increased laterals and higher sand concentrations."

In the Legacy Butler Operated Area, the company has placed into sales the two-well Harvey pad. The two wells were drilled to an average lateral length of approximately 6,000 feet, completed in an average of 40 stages and utilized sand concentrations of 2,500 pounds per foot. The two wells produced at an average 24-hour sales rate per well, assuming full ethane recovery, of 9.8 MMcfe/d, consisting of 5.1 MMcf/d of natural gas and 849 bbls/d of NGLs and condensate.

The company plans to test its first dry gas Utica well in the Western Lawrence Utica region. The Patterson 2H will be drilled to a lateral length of approximately 7,000 feet. The well is expected to be drilled and completed in the third quarter of 2015 and placed into sales in the fourth quarter of 2015. Gathering and processing infrastructure for the development of this region is already in place, with approximately 50 MMcf/d of firm transportation.