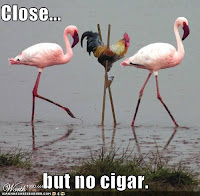 
Carolyn Harding and her group gathered signatures for more than a year to put an issue on the ballot to try to keep fracking out of Columbus.

But 5,470 of the 13,461 signatures they collected on the Columbus Community Bill of Rights petition were not valid. They were nearly 1,000 shy of the 8,951 needed to secure a place on the November ballot.

Harding said she is disappointed that the petition didn’t have enough signatures, but she was encouraged by the support it did receive.

This community bill of rights, if passed, would have been the latest attempt to challenge existing law giving sole oversight of oil and gas development to the state.  While such home rule laws have experienced some success in the courts in other states, they are not finding judicial backing in Ohio to this point.