As we mentioned earlier on the blog, the Ohio Department of Natural Resources released the shale production numbers for the fourth quarter of 2014.  The numbers reveal that production continues to climb as infrastructure gets in place.

How quickly is production increasing?  Consider this: in the 4th quarter of 2014 Chesapeake Energy produced more gas from its Utica shale wells than was produced from all of the shale wells combined in the 1st quarter of 2014.  So the increase over the course of the past year has been impressive.

Let's take a closer look by breaking down the various numbers.

First, how does the fourth quarter compare to the first three quarters of 2014?

And how do those yearly numbers compared to previous years?

Here are some more figures from the fourth quarter of 2014 for your perusing pleasure. 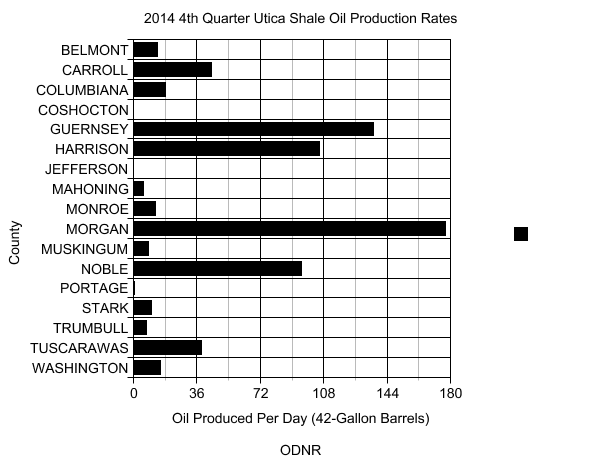 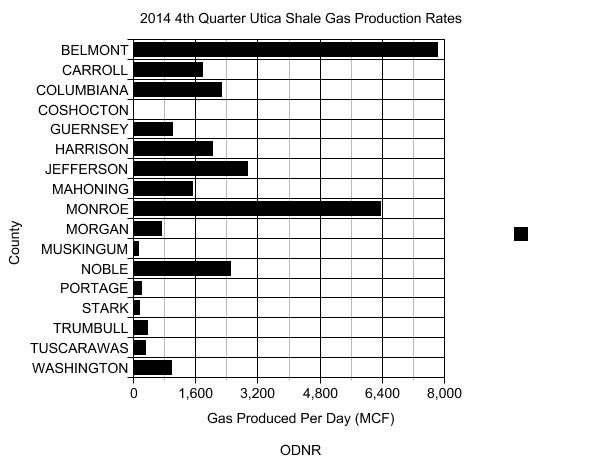 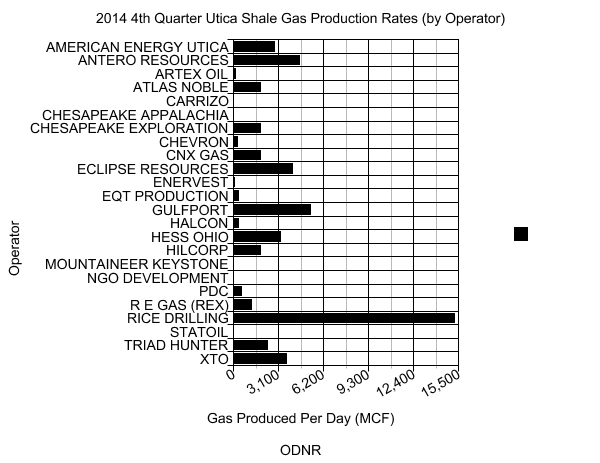 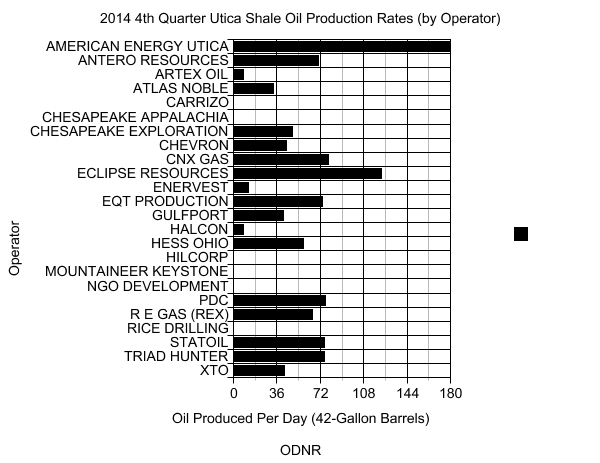