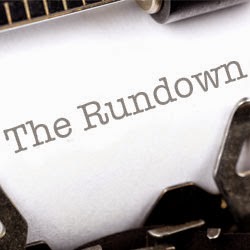 
Per unit cash production expense (lease operating, gathering, compression, processing and transportation, and production tax) for the fourth quarter of 2014 was $1.54 per Mcfe which is a 1% increase compared to $1.52 per Mcfe in the prior year quarter. Per unit general and administrative expense for the fourth quarter of 2014, excluding non-cash equity-based compensation expense, was $0.24 per Mcfe, a 23% decrease from the fourth quarter of 2013. The decrease was primarily driven by the significant increase in net production. Per unit depreciation, depletion and amortization expense increased 12% from the prior year quarter to $1.35 per Mcfe, primarily driven by higher depreciation on gathering and fresh water distribution assets as Antero Midstreamand Antero continued to build out these respective systems in the rich gas areas of the Marcellus and Utica Shale plays.

For a description of Adjusted EBITDAX and EBITDAX margin, cash flow from operations before changes in working capital and adjusted net income from continuing operations attributable to common stockholders and reconciliations to their nearest comparable GAAP measures, please read "Non-GAAP Financial Measures."


In the Utica we recently brought online our second operated well the Brown 1H in Guernsey County, we are encouraged with the early results as the well has averaged more than 525 barrels of condensate per day, 49 revenue condensate per day over the last 72 hours after having been online for nearly a month. We also recently frac two additional Utica wells on a Wagler pad, the wells are currently resting and should be brought online in about April after resting. Due to the downturn in commodity prices we have released the rate we had working in the Utica and have no further drilling plan this year.

Currently we have 22,900 net drill acres in the condensate window of the trend, we think that equates more than 150 net potential locations on a 150 acres space. We have also recent agreement in principle with Marc West and expect that gas sales through their line later this year.


In November, MarkWest Utica EMG, a joint venture between the Partnership and The Energy & Minerals Group (EMG), commenced operations of the 200 MMcf/d Cadiz II plant to support rich-gas production from Gulfport Energy Corporation (NASDAQ: GPOR). MarkWest Utica EMG also announced the development of Cadiz IV, a 200 MMcf/d processing plant to support American Energy – Utica, LLC (AEU), an affiliate of American Energy Partners, LP. The new facility is scheduled to begin operations in the first quarter of 2016 and will increase MarkWest Utica EMG’s total processing capacity in Ohio to over 1.5 Bcf/d.'

In November, the Partnership and MarkWest Utica EMG announced the development of a third fractionation facility at the Hopedale complex in Harrison County, Ohio. The new 60,000 barrels per day (Bbl/d) fractionator is scheduled to begin operations in the first quarter of 2016 and will increase total fractionation capacity for propane and heavier natural gas liquids to 283,000 Bbl/d in the Marcellus and Utica Shales.

We shared some of Chesapeake Energy's results in a post earlier today, but here are some more details the company discussed in a conference call:

Okay. That's helpful. And then just one more and I'll let somebody else jump on. If I look at just the CapEx allocation, you guys have it split out there by area. And I'm looking at Utica at 25%, which call that off of $4.5 billion, call that $1 billion-plus, whatever that number is. And then I'm looking at the D&C CapEx allocation for 2014, and it looks like – it looks about half of that, yet the rigs are being cut in half year-over-year. Can you just talk about – just help me true up those numbers.

So, in the Utica, we'll be running three to five rigs we indicate. Keep in mind that the carry is rolled off in 2015. One thing I would point out in the Utica, we're currently producing over 850 million a day. We've not only hit our exit rate of 100,000 barrels a day net as we targeted last Investor Day. We averaged that for the quarter.

So, those – that asset is performing exceptionally well. That puts us right around our current processing capacity and compression capacity. We'll continue to expand that a little bit this year. But we don't see the need, with the way the wells are hanging in there and the way the team is executing, to run more than three to five rigs. And so that's the plan for us in 2015 for the Utica.


Jason A. Gilbert – Goldman Sachs & Co.
Okay. And then last one, if I might, what are your plans for the Utica?

Floyd C. Wilson – Chairman & Chief Executive Officer
Oh, the Utica. We have no plans this year for the Utica, the Northern Utica nor the TMS. We have some good land there. There’s lots of gas up in the Utica and there’s lots of oil in the TMS, but the prices and our concentration and our better targets that we have at El Halcón and North Dakota just demand that we don’t do anything with those at this time.

Jason A. Gilbert – Goldman Sachs & Co.
And I mean, will much of the inventory expire up there if you don’t do drilling in the TMS or Utica?

Floyd C. Wilson – Chairman & Chief Executive Officer
Hardly any. We have a pretty rigorous process, and we’ve winnowed that acreage down that we’ve kept on our books is valid acreage. So no, it wouldn’t have hardly any expirations up there.


Southwest Appalachia – In December 2014, the Company closed a transaction to acquire oil and gas assets in West Virginia and southwest Pennsylvania for approximately $5.0 billion. This acreage has at least three drilling objectives, namely the Marcellus, Uticaand Upper Devonian Shales. As of December 31, 2014, we had approximately 413,376 net acres in Southwest Appalachia (188,244 net undeveloped acres and 225,132 net developed acres held by production). On this acreage, the average working interest was 68% with an average net revenue interest of 86% at December 31, 2014, with the average working interest increasing to 73% upon the closing of the acquisition from Statoil in January 2015.

Approximately 2,297 Bcfe of our total proved net reserves at year-end 2014 were attributable to Southwest Appalachia, of which 2,260 Bcfe were associated with the Marcellus Shale. The Company had a total of 255 horizontal and 667 vertical wells that the Company operated and that were on production as of December 31, 2014. Additionally, there were 42 horizontal Marcellus wells in progress at the end of 2014.

In 2015, Southwestern plans to invest approximately $520 million, excluding the acquisition costs for transactions closed in January 2015, in Southwest Appalachia and expect to participate in a total of 50 to 55 gross wells in 2015, most of which will be operated by the Company. In 2015, we estimate our net production from Southwest Appalachia will be in the range of 136 to 141 Bcfe.