Are Natural Gas Prices Going to Go Below $2? 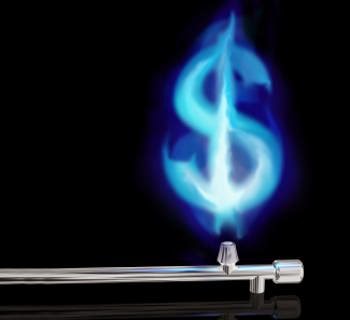 
Bank of America Corp. says the selloff isn’t over and is telling clients to brace for the possibility of sub-$2 prices for the first time in three years. Gas output will climb to an all-time high of 78.39 billion cubic feet a day this year, an increase of 50 percent over 2005, led by shale reservoirs in Pennsylvania, Louisiana and Texas, government data show.

The number of gas rigs has tumbled to the lowest level since 1993, yet supply has risen steadily because of improved techniques for extracting the fuel. Natural gas for April delivery settled at $2.92 per million British thermal units at Wednesday on the New York Mercantile Exchange, down from $4.456 a year ago. Futures were last below $2 in April 2012 and haven’t traded there for more than a handful of days since 1999.

“Production has definitely surprised,” Francisco Blanch, head of global commodity research at Bank of America in New York, said in a March 10 phone interview. “We have $2.25 as our target for a normal summer, but we could see much lower prices with cool weather” that reduces utilities’ demand for natural gas.

In part of the Marcellus reservoir in Pennsylvania, the nation’s most productive gas basin, the break-even price is 38 cents. Some producers in the nearby Utica shale can make money by selling gas at a loss because of profits earned from gas liquids that flow from the same wells, data compiled by Bloomberg New Energy Finance show.

U.S. gas output has climbed to a record every year since 2011, driven by gains at shale formations from the Marcellus and Utica to Haynesville in Louisiana, and Eagle Ford and Permian in Texas. Operators in those basins have used techniques such as drilling multiple wells from the same pad to cut costs and boost production. The Energy Information Administration has raised its estimate for 2015 gas production 7.8 percent from a year ago, according to the monthly Short-Term Energy Outlook.

Supply from the Marcellus may climb to 16.79 billion cubic feet a day in April, up 21 percent from a year earlier, the EIA, the Energy Department’s statistical arm, said March 9 in its monthly Drilling Productivity Report. Utica output may rise to 1.97 billion a day, more than doubling from April 2014.