Report: Only 14% of Reports Cited by Industry Site Energy in Depth Are Peer-Reviewed 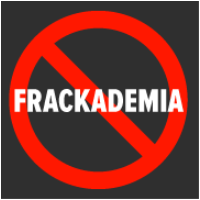 From the Public Accountability Initiative:


The data suggests that even when the industry searches far and wide for studies to make its case, it ultimately must rely heavily on studies that are marred by conflicts of interest and lacking in academic rigor. Some key findings:


Read much more by clicking here.