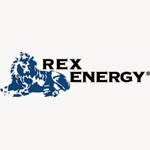 "We are very pleased with the performance to date of our two most recent pads in the Butler Operated Area," said ,  Chief Executive Officer. "The results of the  and  pads support our belief that increased sand concentration utilized during the completion process results in higher IPs and better performance on our Marcellus type curve. Based on the 5-day sales rates, these two pads are on trend to meet or exceed our 2015 Marcellus type curve projections."

The company has released its second rig in the  and expects to run a one-rig program through the remainder of 2015.

About
is headquartered in  and is an independent oil and gas exploration and production company operating in the Appalachian and Illinois Basins within . The company's strategy is to pursue its higher potential exploration drilling prospects while acquiring oil and natural gas properties complementary to its portfolio.