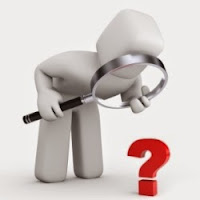 The long-awaited results of the EPA's four-year investigation of fracking's impacts on drinking water are finally released (click here to check out the actual EPA report).  As always, the conclusions are being spun far differently depending on what side of the fracking debate a person/organization had already settled on.

The main headline of the report, and focus from the EPA's conclusion, is that fracking is not a systemic threat to drinking water.  I guess that could be paraphrased as the EPA saying that the practice in and of itself is not likely to contaminate groundwater.

From the New York Times:


A long-awaited Environmental Protection Agency report on the impact of hydraulic fracturing on drinking water has found no evidence that the contentious technique of oil and gas extraction has had a widespread effect on the water supply in the United States, according to adraft of the report released on Thursday.

The report does point out that this does not mean that there is no risk whatsoever.  It notes that there are certain practices that could specifically pose a risk.  It also documents some examples of drinking water being impacted by fracking, but notes that the number of cases where this has occurred is very low relative to the number of wells drilled.


Still, the EPA’s findings do not fully dismiss environmentalist concerns that fracking could imperil the water supply, pointing to “potential vulnerabilities in the water lifecycle that could impact drinking water.”

Among the possible areas of risk from fracking, according to EPA’s study, are “water withdrawals in areas with low water availability; hydraulic fracturing conducted directly into formations containing drinking water resources; inadequately cased or cemented wells resulting in below ground migration of gases and liquids; inadequately treated wastewater discharged into drinking water resources; and spills of hydraulic fluids and hydraulic fracturing wastewater, including flowback and produced water.”

Of course, the oil and gas industry was quick to seize onto the results and trumpet the EPA's proclamation that fracking is safe.  That is not surprising, since the conclusion of the study aligns precisely with what drillers have been saying - that there is always some risk in an industrial activity, but that when best practices are followed fracking is not a major threat to drinking water.

Energy in Depth's Steve Everley took to Twitter to celebrate the victory for the industry.


Above all, EPA's study on groundwater validates the safety of fracking, a technology that has been enhanced for more than 60 years.
— Steve Everley (@saeverley) June 4, 2015

Anti-drilling activists, meanwhile, are focusing on the portion of the report that notes the few times drinking water has been impacted.  They are also accusing the EPA of being in the oil and gas industry's pocket, a political agency rather than a scientific one.

For example, Gasland director Josh Fox went after the EPA for focusing on the infrequency of the negative effects on groundwater rather than making those few cases the headline of its conclusion.

After today's @epa #fracking headline' spin- it is clear that EPA is a political agency not a scientific one. Watch #gasland2 for more...
— Josh Fox (@gaslandmovie) June 4, 2015 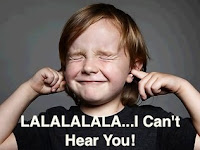 Wenonah Hauter, executive director of the fiercely anti-drilling Food and Water Watch, had this to say:


“Sadly, the EPA study released today falls far short of the level of scrutiny and government oversight needed to protect and health and safety of the millions of American people affected by drilling and fracking for oil and gas. The fate of our precious water resources should not be decided by an industry-driven study that will be used to justify the industry’s desire to drill and frack many thousands of new wells across the country each year. It is outrageous that the oil and gas industry refused to cooperate with the EPA on a single ‘prospective case study.’ This reveals the undue influence the industry has over the government and shows that the industry is afraid to allow careful monitoring of their operations.”

When it comes to the fracking debate, the one thing that is clear is that scientific conclusions are not going to change anyone's mind at this point.  Both sides will latch onto whatever they can find to support their pre-existing view, and when a study or report conflicts with that viewpoint they are simply going to stick their fingers in their ears and yell that it can't be true as loud as they possibly can.