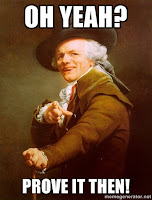 
Attorneys representing Chesapeake Energy said even if the company used property owned jointly by six Wheeling non-profit groups in pooled drilling units, this does not prove the fracker took oil and natural gas from the land in question.

However, Tim Greene, a former West Virginia Department of Environmental Protection inspector and the owner of Land and Mineral Management of Appalachia, said he does not understand why a driller would include someone's acreage in a pooled unit without intending to take the oil and gas from it.

"Normally, if your property is included in a unit, they will be affecting your property," Greene said. "The whole reason for building a unit is to get as much gas out of the ground as possible. If they're not using your property, I don't know why they would put you in a unit."

Officials representing the Parks System Trust Fund of Wheeling - an organization closely related to the Wheeling Park Commission, which oversees Oglebay Park and Wheeling Park - along with those representing Ohio Valley Medical Center and four other plaintiffs, believe Chesapeake cost them "hundreds of thousands of dollars" by taking oil and natural gas from their land without permission or payment.

However, in a response to the lawsuit filed in U.S. District Court in the Northern District of West Virginia, Chesapeake attorneys Nicolle Snyder Bagnell and Kevin Abbott said there is no way for the plaintiffs to prove the driller produced oil and natural gas from the property.