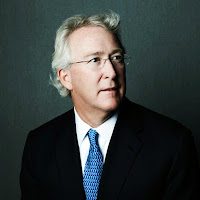 
Aubrey McClendon's Utica shale affiliate has sold more than 35,000 acres of eastern Ohio land rights to one of its biggest competitors.

American Energy-Utica LLC sold 35,325 acres in Belmont, Monroe and Jefferson counties – some of the best counties for natural gas production in the state – to Gulfport Energy Corp. (NASDAQ:GPOR), one of the most-active oil and gas drillers in Ohio. It's a part of American Energy Partners LP that's based in Oklahoma City, Oklahoma.

The smaller part of the deal, $68.2 million, includes about 6,200 acres in Belmont and Jefferson counties. The major part – $319 million – includes 27,200 acres in Monroe County, with a fully built well pad with four wells and a gas-gathering system.

Rounding out the purchase is 1,900 more Monroe County acres for $19.4 million, contingent on American Energy completing the acquisition within a month.

American Energy also announced some other changes in a press release:


American Energy Appalachia Holdings, LLC announced today that it is changing its name to Ascent Resources, LLC (Ascent) and is transitioning to a standalone operating company, fully independent of the broader American Energy Partners, LP (AELP) platform, a process that has been contemplated since the company’s founding in September 2013 and that it expects to complete by year-end 2015. The primary equity owners of Ascent will be unchanged.  Further, one of Ascent’s two operating subsidiaries, American Energy – Utica, LLC (AEU), announced it has agreed to sell approximately 35,000 net acres and certain associated gathering assets to Gulfport Energy Corporation (NASDAQ: GPOR) for approximately $407 million cash (subject to customary purchase price adjustments) and has completed a combined equity and debt financing of approximately $977 million. The combined proceeds of $1.4 billion will provide the company with $700 million of immediate liquidity after repaying certain existing debt.

Gulfport Energy also issued a press release regarding the purchase of those 35,000 acres in the Utica shale.

What do all of these moves mean for Aubrey McClendon and American Energy Partners?  Clearly the transactions were conducted in order to generate cash.  MDN's Jim Willis reported that he has heard from at least one vendor who has been waiting over 120 days for payment from AEP for work that his company performed.  Does that mean that McClendon's new venture is encountering some of the same cashflow problems that Chesapeake Energy was facing before his departure?