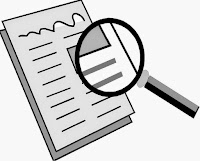 The Ohio Department of Natural Resources has released production data for the Utica shale during the first quarter of 2015, and the numbers continued to rise despite the downturn in the industry.

As always, we are bringing you an in-depth look at the figures.  First, here is a comparison of the quarterly data during the past 5 quarters.  One quick note: in the past we have figured our rates of production per well by calculating using the full number of wells on the report, but starting with this quarter we will figure these numbers including only the wells that actually have some production data.  These comparative numbers in the first chart have been updated to reflect that adjustment.

Here is a table showing the production totals and rates, broken down by county.

Below there are two graphs, showing the difference in daily oil and gas production rates among Ohio counties. 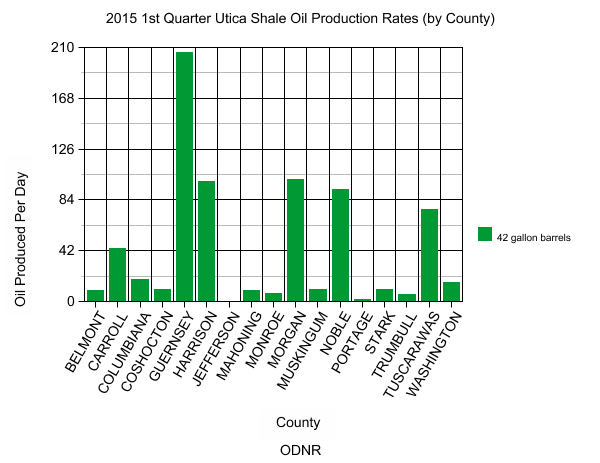 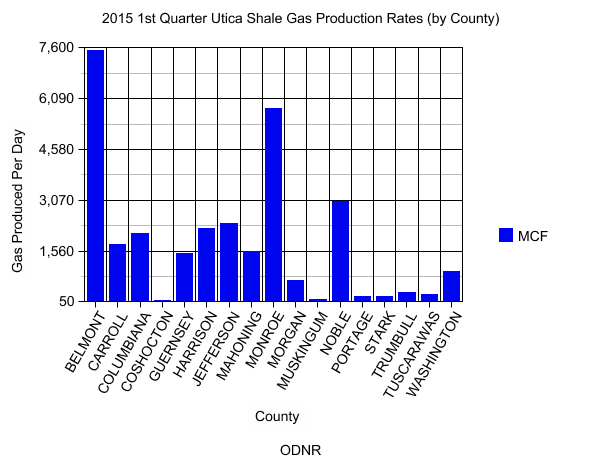 Next, you can find below production data broken down by operator.  Following that are two more graphs, again comparing daily oil and gas production among operators. 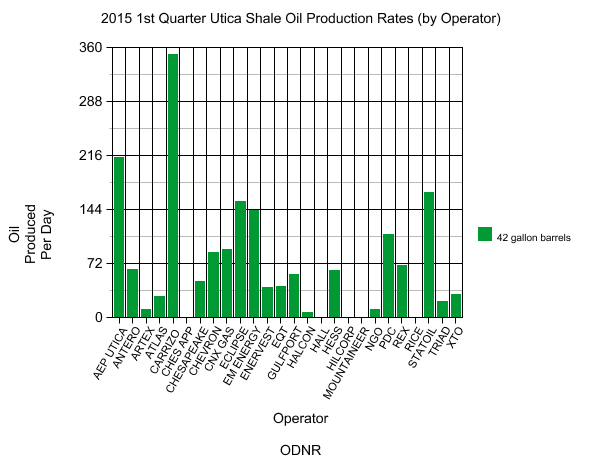 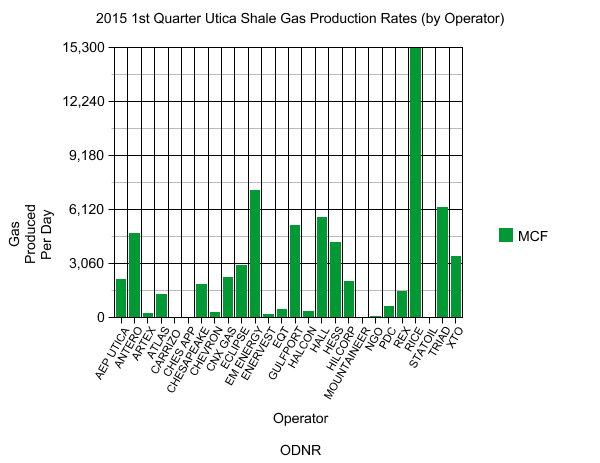