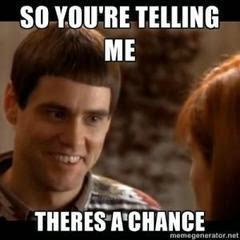 As we covered in the blog, Beck Energy won its case against the community of Munroe Falls over the city's ordinances that conflicted with state law, which says that the Ohio Department of Natural Resources has full authority over permitting for oil and gas drilling.  While the ruling by the Ohio Supreme Court was anxiously awaited in hopes that it would offer the final word on home rule in the state of Ohio, the win for the industry in this case is not being viewed as a slam dunk that other efforts by Ohio communities to ban fracking on a local level will similarly be struck down by the courts.


The Ohio Oil and Gas Association applauded the ruling in a statement issued Tuesday.

“We commend Ohio’s Supreme Court for its decision in Morrison V. Beck Energy today, which upholds state law concerning local government control over oil and gas activities,” Shawn Bennett, executive vice president of OOGA, said. “The court’s ruling affirmed that municipalities are prohibited from instituting rules and regulations that would discriminate against, unfairly impede or obstruct oil and gas activities that the state has permitted.”

“We strongly believe that oil and gas development is a matter of statewide interest and should be managed by professionals with the expertise to adequately regulate and oversee the industry,” Bennett said.

Nevertheless, Wenger points out to language in four of the seven opinions that is sympathetic to local zoning ordinances relative to drilling.

At issue, he says, were the five ordinances that required a new zoning certificate, filing fees and the $2,000 bond.

“Essentially, the ruling is that a municipality can’t act as a mini ODNR,” Wenger says. The last paragraph of the majority opinion states that Home Rule amendments do not allow for the “kind of double licensing at issue here. We make no judgment as to whether other ordinances could coexist with the General Assembly’s comprehensive regulatory scheme. Rather, our holding is limited to the five municipal ordinances at issue in this case.”