By Rob Magee - June 21, 2016
The Ohio Department of Natural Resources has now released the production data from the Utica shale for the first quarter of 2016. As always, we are going to give you a look at how the numbers compare to past quarters, past years, and how they break down among the various drillers who are active in Ohio and the counties where they are drilling. We also have the top 10 oil and gas wells detailed below. The latest production figures give the clearest view yet of how the downturn in oil and natural gas prices has affected production, with oil production declining from the previous quarter for the first time since the Utica shale boom began.

First up, let's take a look at how the quarterly data compares from the 1st quarter of 2014 through the first quarter of 2016.  As a reminder, all oil figures are 42-gallon barrels, and all gas production is measured in MCF:

The prevailing trend continued with oil production, as the rates per day in production and per well continued to fall - this time to levels we haven't seen in a couple of years. Gas production continues to be on the rise, though, reaching new peaks both in total production and in rate of production.

Next we have a look at all of the production in the Utica shale since the start of 2011, broken down by year and then adding in the production year-to-date in 2016:

Next up, here are the top 10 oil-producing wells from quarter four:


This represents the most even division of top-producing oil wells across different counties we have seen in a while. Guernsey County had 3 of the top 10 wells in the fourth quarter of 2015, but is back to having 4 this time.

Next, here are the top 10 gas-producing wells from the fourth quarter of 2015:

As has been the pattern on these production reports, Rice Drilling and Belmont County dominate the top gas-producing wells. 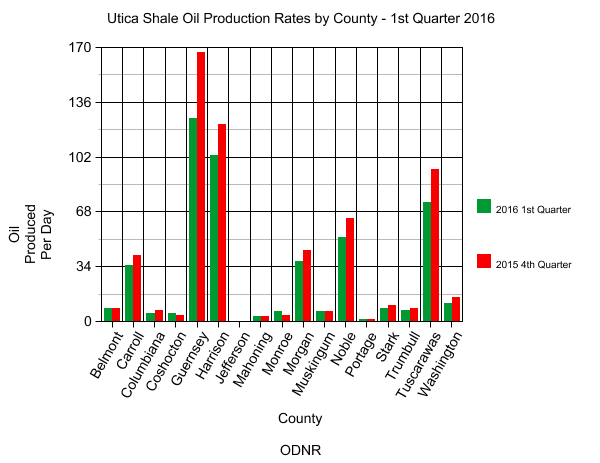 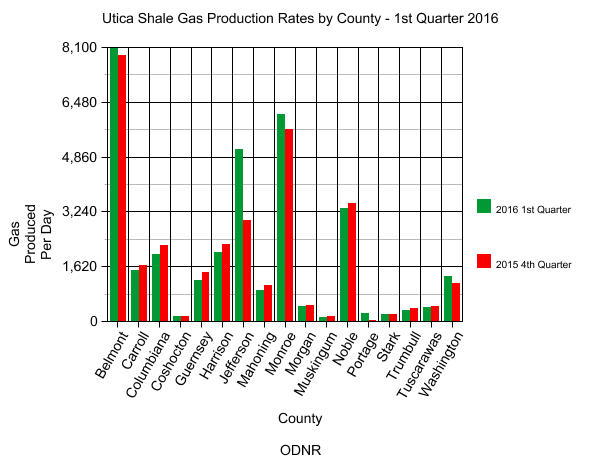 And finally, breaking down the data by operator: 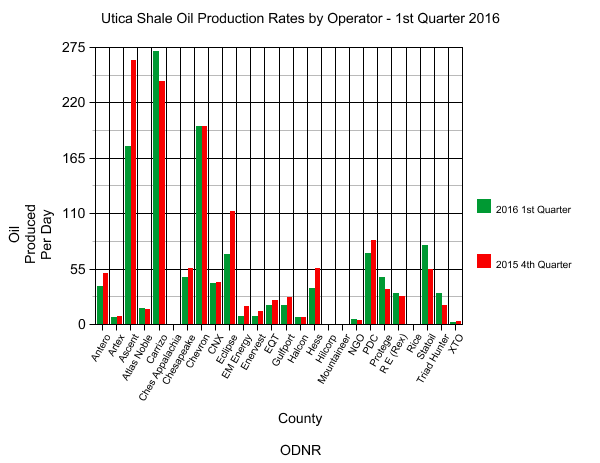 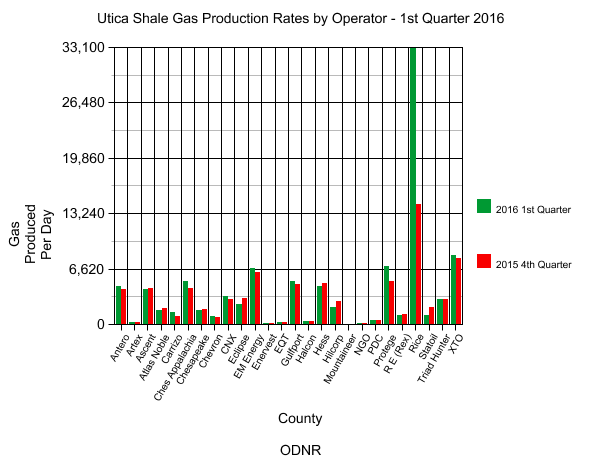