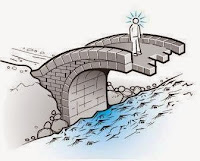 
TODD MYERS: The Obama administration’s energy policy goal has been to leap from a high-carbon economy to a low-carbon economy. To that end, it adopted rules that virtually rule out new coal energy generation and discourage natural-gas production, such as the president’s opposition to the Keystone pipeline.

The problem with this approach is the inability to recognize that transitioning to a low-carbon economy requires that we embrace natural gas as a transition fuel.

Between 2005 and 2014, energy generated by natural gas increased by twice the amount of non-hydro renewables. By way of contrast, solar energy represents only 0.4% of all electrical generation in the U.S., compared with natural gas which accounts for 27%.

Thinking that solar will replace coal and natural gas electricity any time in the near future is to ignore reality.