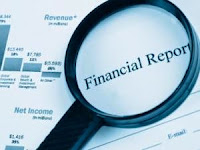 First quarter financial results continue to pour in from various drillers and midstream companies that are active in the Utica shale.  Here is a rundown of some of the latest to release their results.

- Today, MarkWest Utica EMG, a joint venture between the Partnership and EMG, is announcing the execution of definitive agreements with Rice Energy (NYSE: RICE) to support the development of their acreage in eastern Ohio.

Commenting on the production results, Benjamin W. Hulburt, Eclipse Resources’ Chairman, President and CEO, said, “Despite operating in an unusually harsh winter season in which we saw frequent mid-stream related production interruptions, we were able to significantly grow our production as planned. I am extremely proud of the continued efficient and methodical execution of our team. We have moved our drilling activity into the dry gas area of our Utica Shale acreage, where the deeper formation and higher reservoir pressures bring added complexity. Despite this increased complexity, our team continues to efficiently execute on our plan. We recently finished drilling our three-well Sawyers pad, averaging just 18 days from spud to total depth (TD). We have commenced completion activities on this pad, which is our first inter-well spacing test on our Utica dry gas acreage, where we drilled the wells at approximately 730 feet between wells versus our historical spacing of 1,000 feet between wells. We are excited to see how these wells perform as we turn them to sales early in the third quarter of 2015 as this tighter well spacing could potentially increase our well location count by approximately 20%. I am also pleased with the continued performance of our team in reducing costs. We estimate that expected well costs have dropped over 20% since our IPO driven by both efficiency gains and service cost improvements. I am also pleased to report that we recently executed an agreement which we expect will lock in a cost savings of approximately 50% over the previous year for fracture pumping services through the end of 2016. We will continue to look for opportunities to lock in lower service costs as we operate in the current environment.”


Moving to slide eight, we are presenting our updated economics and type curves for our Warrior North prospect in the Ohio Utica. We also started increasing our sand concentrations in Warrior North at our Jenkins pad in the third quarter of 2014. At this pad, we averaged approximately 2,000 pounds per foot on the completions. Based on the well performance seen to date, after approximately 220 days of production, we are seeing many of the same production characteristics we had observed in our Butler Operated Area, a combination of increased initial rate coupled with a shallower initial production decline.

This area has also has the opportunity to increase lateral lengths in future drilling, so we take these up to 6,500 feet, which also takes the EURs up as well. We now feel that these wells in Warrior North will have IRRs in the 21% to 25% range in the current pricing environment with significant bias to the upside with oil and liquids pricing improvement.

We turned to sales 2 gross (1 net) horizontal Utica wells during the first quarter with an average lateral length of 8,879 feet and a 56% working interest. These wells are currently producing at a managed choke rate of 18 MMcf/d with flowing casing pressures of approximately 6,000 psi per well. As of March 31, 2015, we had 57,000 net acres in southeast Ohio, concentrated in Belmont County.

Our first well, the Bigfoot 9H has cumulatively produced 4.6 Bcf after 315 days online and continues to produce at a managed choke rate of 16 MMcf/d.

The Blue Thunder 10H and 12H, our second and third Utica wells, respectively, (average 9,000 foot lateral and 67% working interest) have each cumulatively produced 3.5 Bcf after approximately 225 days online. They each continue to produce at a managed choke rate of 16 MMcf/d.