By Rob Magee - September 09, 2014
Ohio's shale production continued to climb in the 2nd quarter of 2014, as revealed in the report released yesterday by the Ohio Department of Natural Resources.

Here is a portion of the press release issued by the ODNR, detailing some of the figures:


During the second quarter of 2014, Ohio’s horizontal shale wells produced 2,467,283 barrels of oil and 88,673,741 Mcf (88 billion cubic feet) of natural gas, according to figures released today by the Ohio Department of Natural Resources (ODNR).

How does that compare to the 1st quarter of 2014?  Here are those numbers:

To take the comparisons one step further, the Utica shale natural gas production in the 2nd quarter of this year was only a little over 11,000 mcf less than for all of 2013.

Yes, the production is really beginning to pick up steam as more and more wells are drilled and the infrastructure continues to get into place.

Here are some more breakdowns of some of the numbers from the 2nd quarter report.

The Neuhart Unit 3H well is the only one in the top 10 oil wells this time that also appeared in the top 10 in the 1st quarter (it was the #1 oil producing well on that report).

OUR COMMENT:  Once again Belmont County proves to be very productive in natural gas, with the highest rates per day producing and per well.  Meanwhile, Noble County continues to be far and away the most productive oil producing county in the Utica shale.

Carroll County is the most productive when it comes to totals, while the rates of oil and gas produced per day and per well are middle-of-the-road in comparison to other locations.

Here are a couple of graphs to help put the rates in perspective: 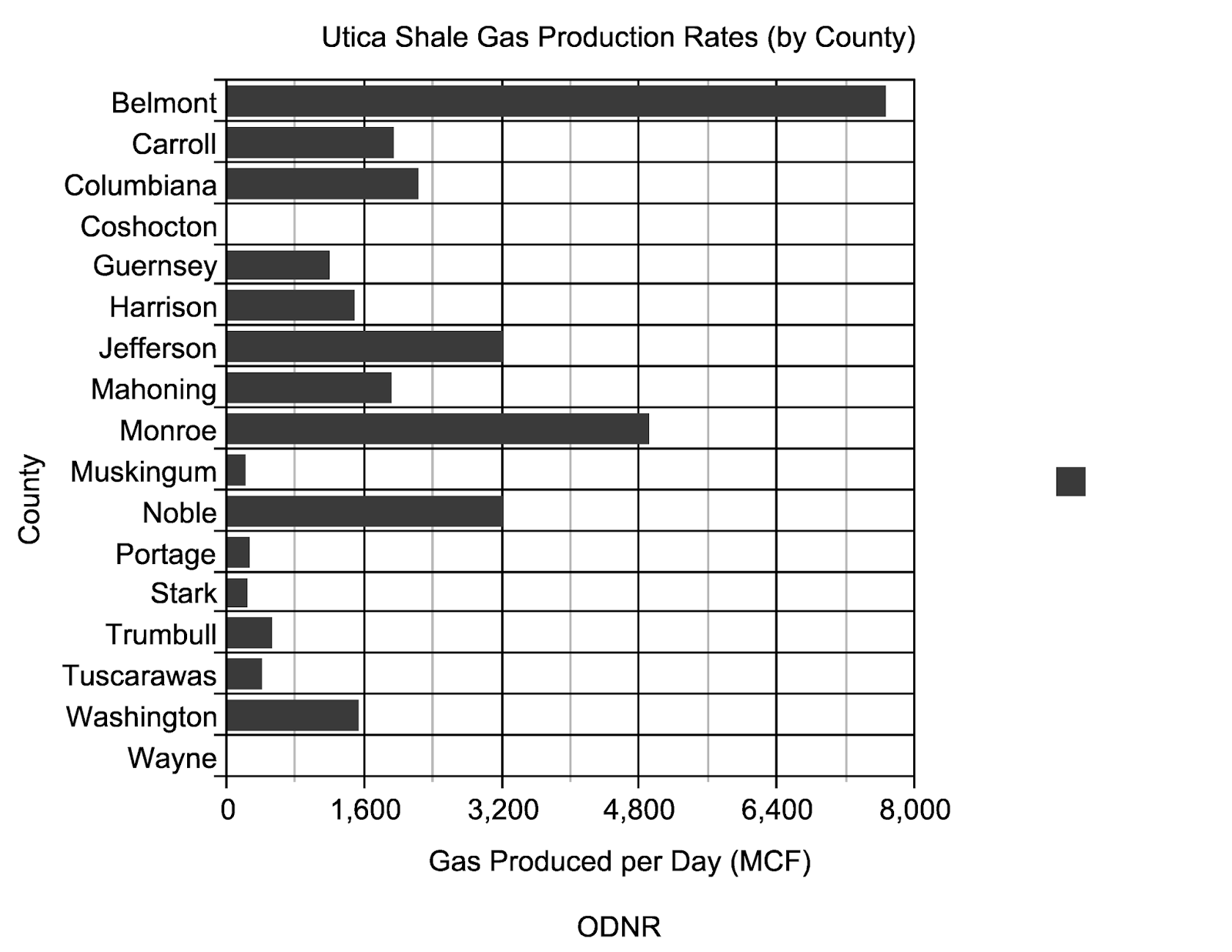 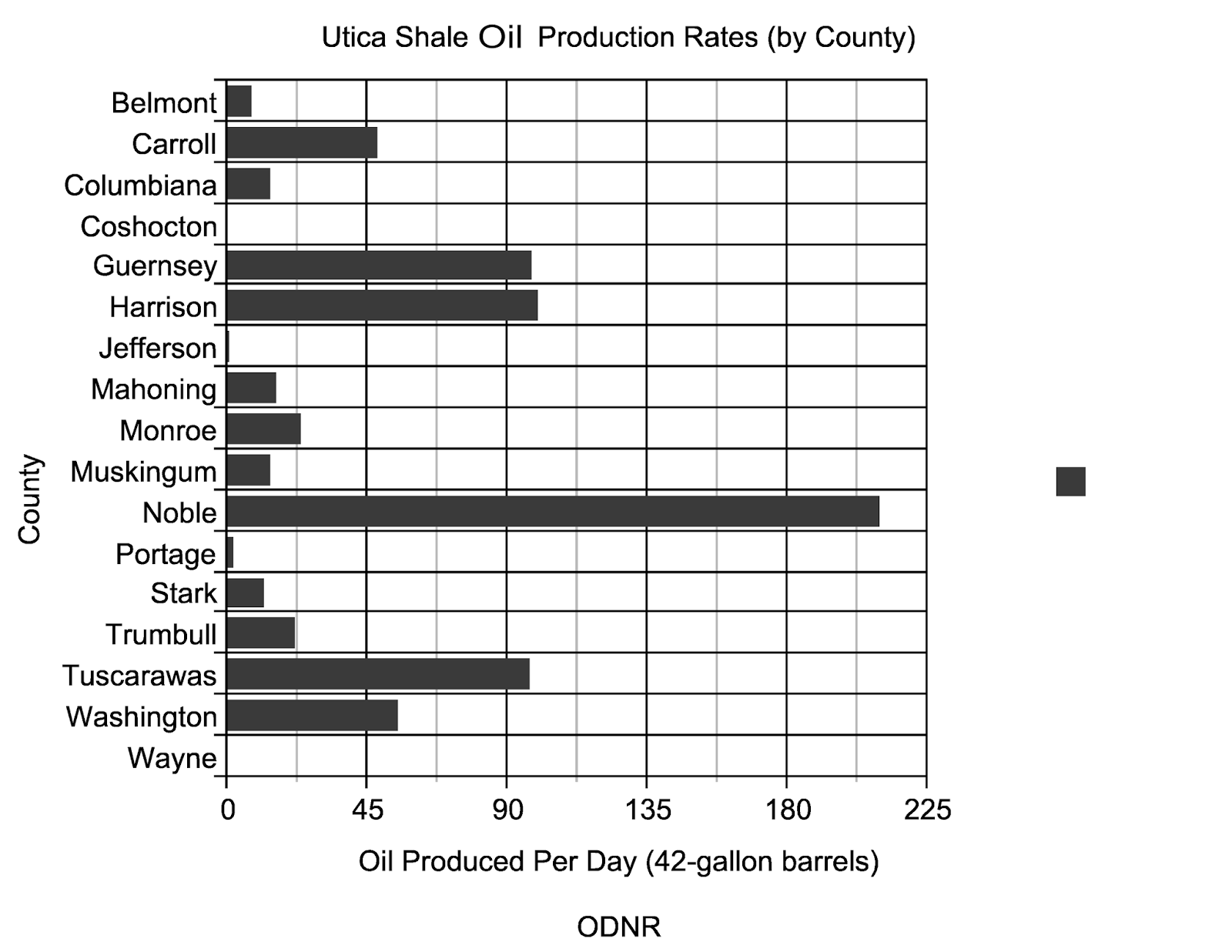 OUR COMMENT:  Chesapeake continues to have the quantity, with a whopping 321 wells producing.  The next highest number is Gulfport Energy's 60.  However, Antero Resources boasts the best production rates among the producers with more than a couple of wells.

Again, here are a couple of graphics to illustrate the comparisons: 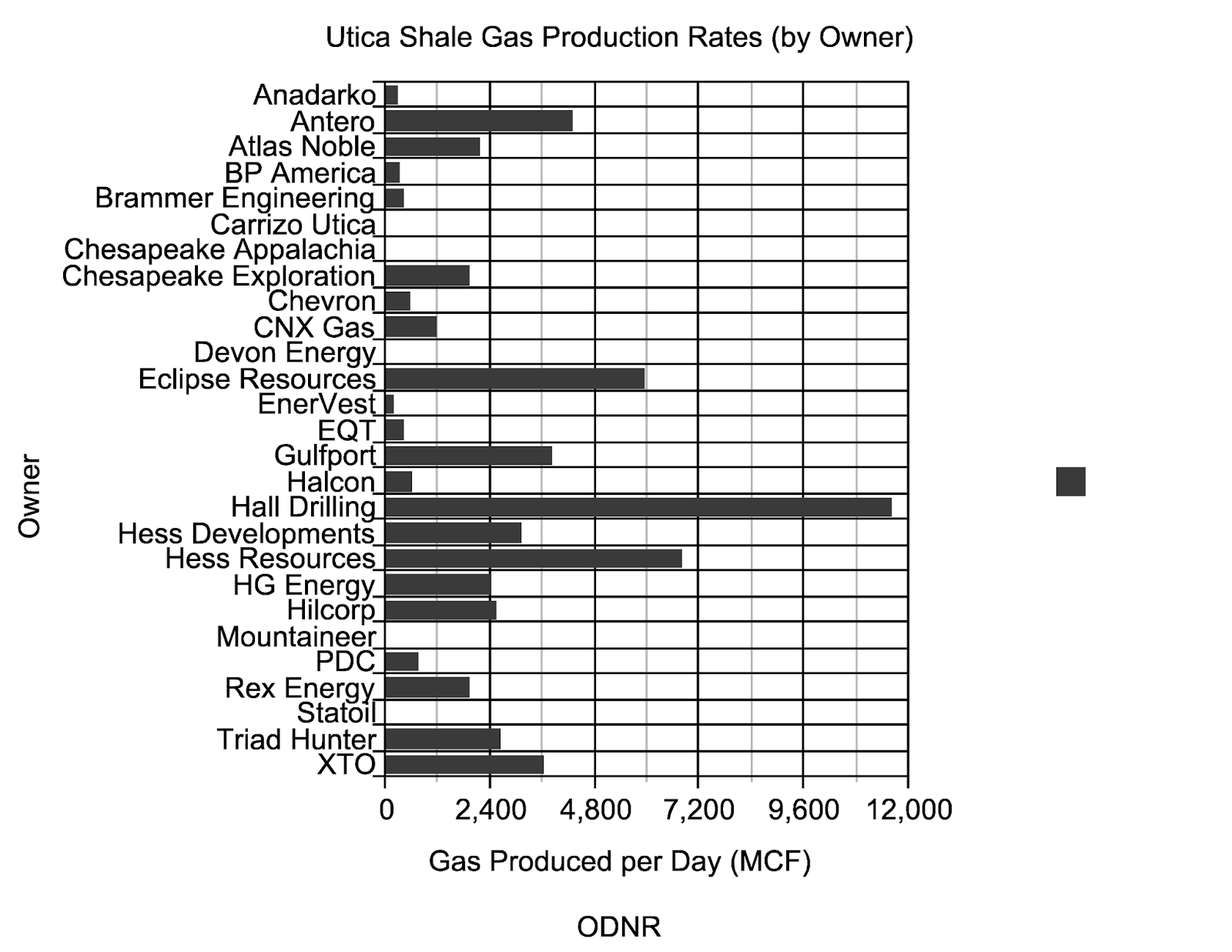 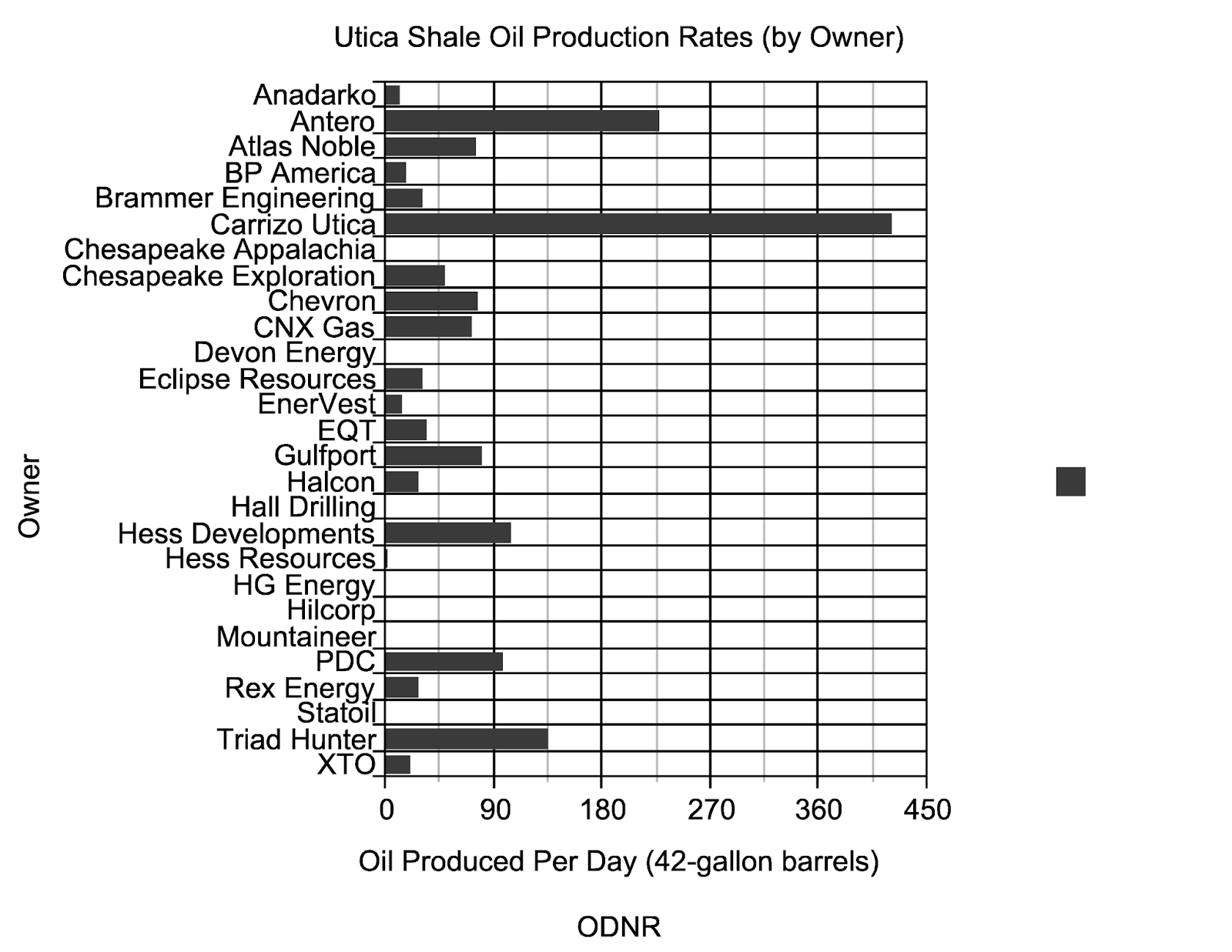 View the report in its entirety here.