From Public Herald (via the Erie Reader):

Out of those 17 counties, our newsroom zoomed in on 200 complaint investigations from five key townships and found that the Department “grossly mishandled” a significant percentage of its water contamination cases between 2009 and 2012. We ended up referring to these mishandled cases as “cooked” — a term we felt best described the systemic failure we discovered within the Department.

Cooked cases were initially reported by Public Herald in the documentary Triple Divide, where DEP turned a blind eye to baseline testing. During the 2011 Atgas blowout investigation in Bradford County, Chesapeake Energy was allowed to dismiss their own pre-drill water test results to avoid liability for contaminating a water supply. This simple act by DEP ended up changing the background water quality data for the area, creating an artificial history of drinking water quality that could be used to dismiss other complaint cases.

In the recent report published at Public Herald, we uncovered a total of nine ways that officials at the DEP kept drinking water contamination across Pennsylvania, like the Atgas blowout case, “off the books.”

In Delmar Township, Tioga County, we found a single inspector cooked nine of 27 cases, a likely 33% increase in the total number of polluted water supplies. Some of these cases were cooked when the inspector ignored clean pre-drill test results to rule that oil and gas operations were not responsible for water damage. Or, the inspector would use a contaminated post-drill test provided by industry as if it was a pre-drill test.

The article quoted above was the third in a series that Public Herald is doing on their painstaking investigation of records from the Pennsylvania Department of Environmental Protection (DEP).  More details were revealed in the first two parts, including this from part two:

That DEP has failed to make water contamination a matter of public record isn’t new, as revealed by private lawsuits where the Department admitted to walking away from documented contamination without issuing an order, notification or fine. Similar to patterns discovered by Public Herald, the Harvard Law School’s May 2014 report concluded that the most common errors in DEP’s water contamination investigations were:

In drawing these conclusions, Harvard looked at 450 determination letter case files. Public Herald has now released 2,309 complaint records for 17 of 40 counties where shale gas operations take place, and our team has analyzed over 200 complaint cases.Public Herald’s analysis concludes that the current 260 positive water contamination determinations listed by DEP is repetitively understated. Analyzing five key townships — Delmar, Charleston, Cogan House, Leroy and Wyalusing —  Public Herald found the Department mishandled a significant percentage of its water contamination cases between 2009 and 2012. We refer to these cases as “cooked,” meaning there’s reason to believe that DEP’s determination can be challenged and possibly reversed. 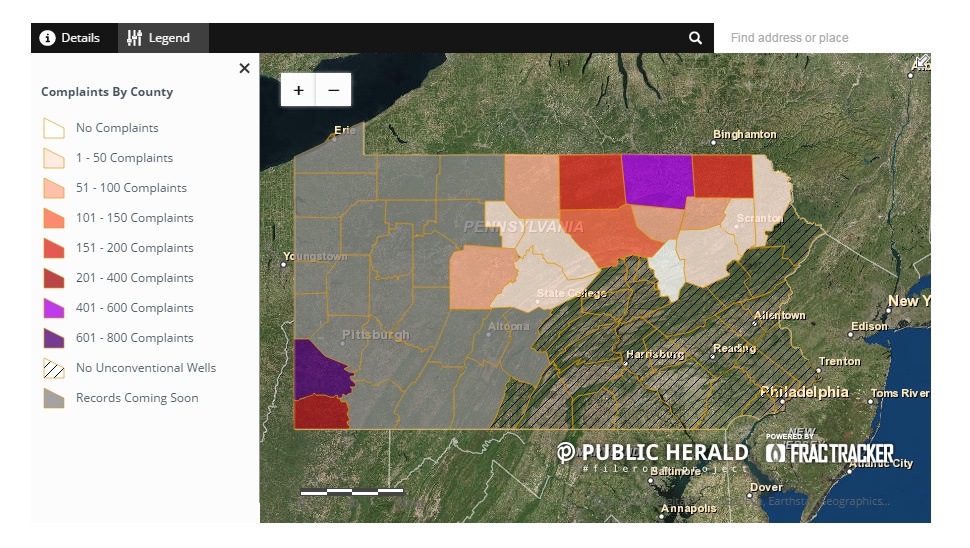 View the database of files that is being created by clicking here.