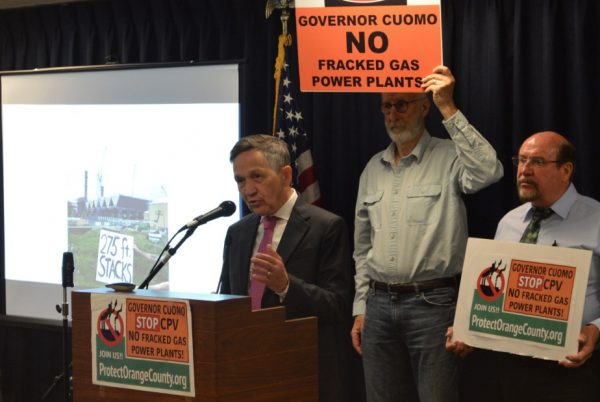 Ohio Democratic gubernatorial candidate Dennis Kucinich made no bones about his desire to ban fracking in the Buckeye State during his campaign, telling reporters in January that “if elected Ohio governor, he’d use the office’s power to end the drilling technique known as hydraulic fracturing, or fracking” and that “it’s his goal to end all kinds of oil and gas drilling in Ohio.”
The results of Tuesday night’s primary election speak volumes as to how Ohio citizens felt about Kucinich’s extreme “Keep It In the Ground” agenda.
Kucinich not only lost, but lost big, falling by more than 40 percentage points to Democratic primary winner Richard Cordray, as the following New York Times graphic shows. 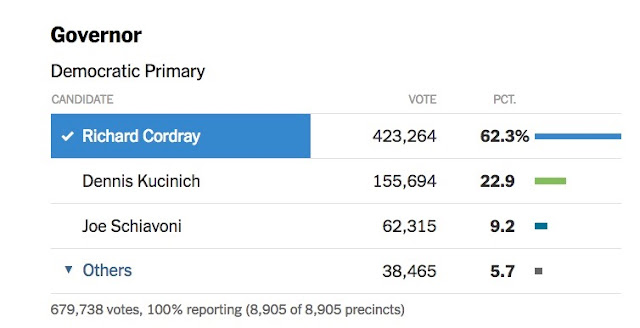 Source: New York Times
Not only did Kucinich fail to win a single county, he also (quite predictably) faired particularly poorly in major Utica Shale counties. Kucinich managed to get no better than 24 percent of the vote in Ohio’s top-10 shale counties, garnering less than 20 percent of the vote in Harrison, Monroe, Nobel, Guernsey, Columbiana and Jefferson counties, and a miniscule 6.5 percent of the vote in Mahoning County, where Youngstown voters alsorejected a local fracking ban for the seventh consecutive time on Tuesday.
These results further confirm the findings of a recent Oregon State University study that finds those who live close to shale development — and therefore better understand fracking’s financial benefits and manageable risks — tend to be more supportive of fracking. The results also show that folks who live near fracking are clearly not embracing extreme calls from the “Keep It in the Ground” movement to ban the practice.
As the Toledo Blade correctly stated earlier this year, Kucinich “pretty much wrote off all of eastern Ohio by proposing to ban fracking, the most promising economic activity in that part of the state.”
And as EID highlighted earlier this year, the “moonbeam congressman” didn’t help his cause by facilitating a deplorable Cleveland Scene article headlined “Dennis Kucinich Finds Fracking Facts in Southeast Ohio: A Horror Story” that — contrary to what that headline claims — was based almost entirely on laughable anecdotes that no doubt failed to endear him to folks in Appalachia.
In contrast to Kucinich’s approach, his fellow Democratic candidates unanimously rejected his extreme plan to ban fracking. The eventual Democratic primary winner’s far more pragmatic stance on the issue clearly paid dividends, as Cordray stated in March that Kucinich’s plan to ban fracking was “an extreme position” that,

“will lose us eastern Ohio for a generation and dismisses the fact that there are many small landholders there with an oil or gas well on their property (that) is their sole means of livelihood.”

Indeed, Utica Shale development has made a $50 billion impact on Ohio’s economy, supporting thousands of union jobs and generating millions in tax revenue. And even the Environmental Defense Fund has hailed Ohio for leading the country in reducing power sector carbon emissions, thanks primarily to increased electricity generation from natural gas.
The contrast between scientific evidence and Kucinich’s hollow anti-fracking rhetoric was perfectly encapsulated by the fact that on the same day Kucinich was quoted in Bloomberg saying fracking is “poisoning our water resources in Ohio,” an award-winning University of Cincinnati study finding no evidence of water contamination attributable to fracking in Ohio’s most heavily drilled counties was published.
Ohioans spoke clearly on Tuesday: Kucinich’s extreme “Keep It In the Ground” agenda simply does not play in the Buckeye State. And fortunately, it’s not playing throughout the rest of the United States, either.