By Rob Magee - December 04, 2015
The Ohio Department of Natural Resources has now released the production data from the Utica shale for the third quarter of 2015. As always, we are going to give you a look at how the numbers compare to past quarters, past years, and how they break down among the various drillers who are active in Ohio and the counties where they are drilling. We also have the top 10 oil and gas wells detailed below. The figures show the effects of the slowing in activity as a result of the downturn in oil and gas prices, with growth slowing and production rates beginning to come down.

Despite the slowing growth, there has still been more Utica shale oil and gas production in the first three quarters of 2015 than there was in 2011 to 2014 combined.

Next up, a look at the top 10 oil producing wells of the third quarter:

Here are the top 10 gas producing wells from the third quarter:

Next up we have the production figures by county: 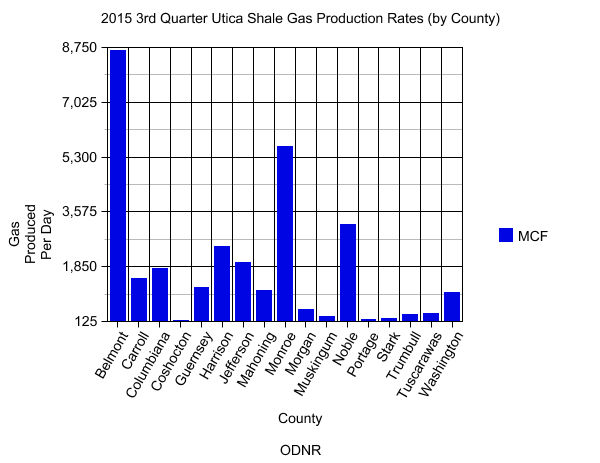 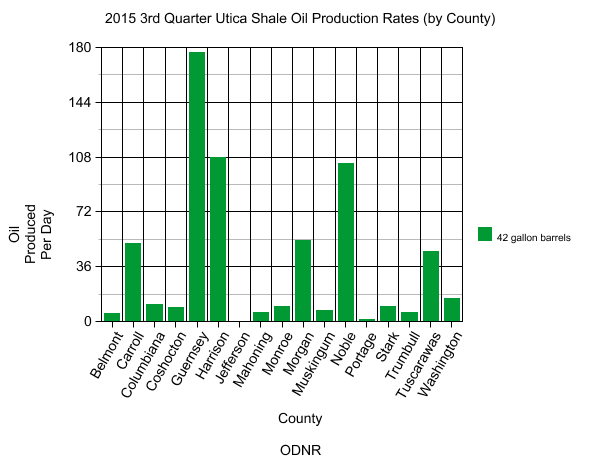 And here are the numbers broken down by operator: 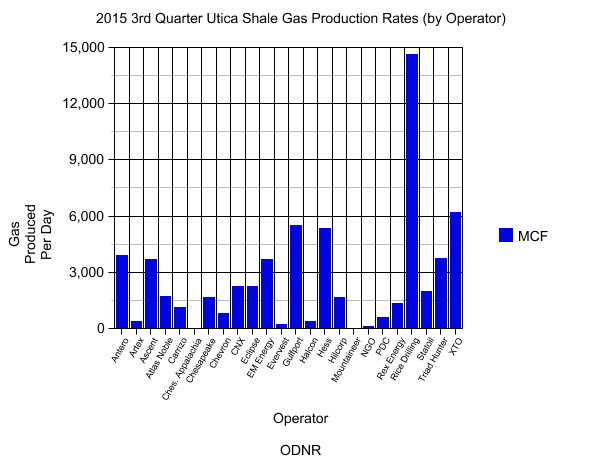 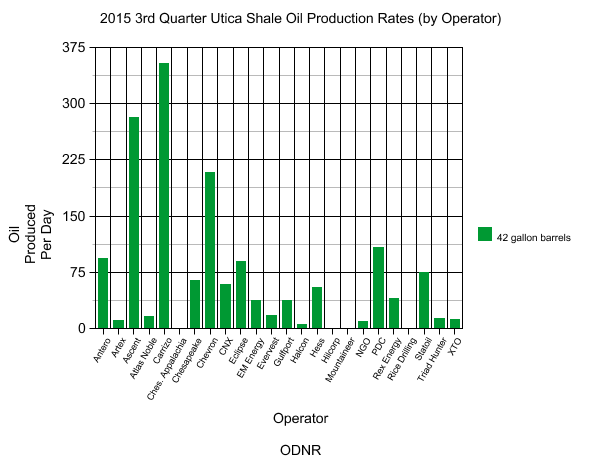 You can download the spreadsheet containing all production data for the third quarter by clicking right here.