By Rob Magee - August 13, 2014
From the U.S. Energy Information Administration: 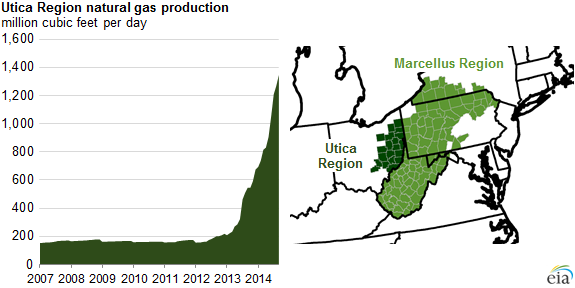 The Utica Region in eastern Ohio, one of the fastest growing natural gas production areas in the United States, has been added to the Drilling Productivity Report (DPR). Total natural gas production in the Utica Region, which includes production from the Utica and Point Pleasant formations as well as legacy production from conventional reservoirs, has increased from 155 million cubic feet per day (MMcf/d) in January 2012 to an estimated 1.3 billion cubic feet per day (Bcf/d) in September 2014.

Utica formation drilling activity has been primarily focused in eastern Ohio since mid-2012, although the geologic formation extends into Maryland, New York, Pennsylvania, and West Virginia. Some producers are successfully targeting the Utica formation in northern West Virginia, but these wells fall within the existing DPR Marcellus Region. The DPR analyzes all drilling and production within geographic areas in order to capture total production volumes supplied to the market and is not limited to the formation name used for the region. 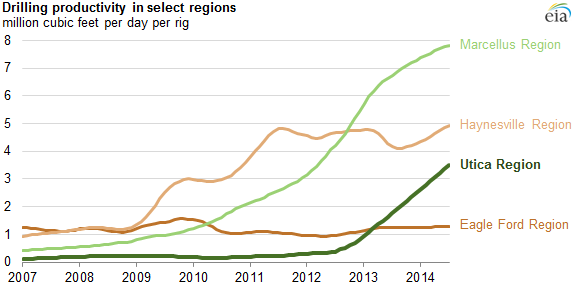 
You can click here to read the rest of the article.