What Is Fracking Doing To Your Health? 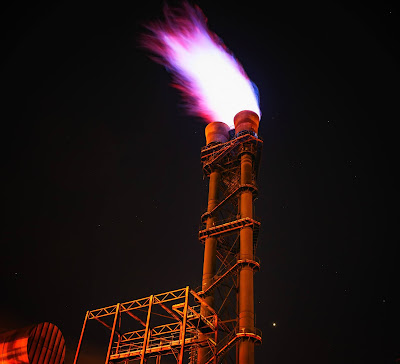 Without a doubt, you've come across hundreds of articles both in favor and against fracking. If you've been a long-time reader of The Daily Digger, you've also been able to see many different news articles related to the pros and cons of fracking. While some (both in favor and against) base their reasons on scientific facts, others may take the liberty to add their facts that aren't scientifically proven.

Today we will try to explain if fracking can harm your health. We won't take a side in this matter; instead, state the scientific facts. All the information used in this article is taken from the NIEHS (National Institute of Environmental Health Sciences).

The Process of Hydraulic Fracturing

We won't get into too much detail, as a lot is involved, but basically, it's a process used to extract natural gas and oil from deep rock deposits known as shale. Water, sand, and a mix of chemicals are forced into horizontally drilled wells, causing the shale to fracture and release natural gas or oil.

This method of extracting natural gas or oil is known as unconventional natural gas development. If you're interested in the history behind it, be sure to read this article.

According to the NIEHS, no. There is still ongoing research on this matter, but as of today, there is no clear evidence that fracking causes health problems. Of course, some potential dangers to the water, air, and local communities arise when fracking, which residents, environmental advocates, and some researchers have brought up. Let's take a look at these three potential areas that may be affected by fracking. 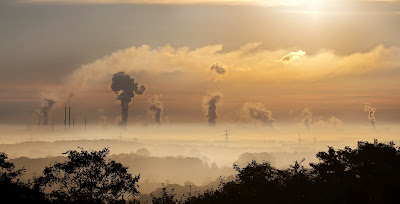 Any method requiring combustion can release toxic chemicals into the air, which is common in drilling sites. One example of this is the burning off or flaring of excess natural gas. They do this to prevent the risk of explosions from venting large amounts of reactive gases in the air. This process is not limited to fracking as it's used for petrochemicals, landfill gas productions, and wastewater treatments.

Other factors that may affect air quality are the operation of industrial equipment at the well site and diesel trucks to transport supplies to and from a site. Additionally, the chemicals and sand used in the hydraulic fracturing process may become airborne and affect air quality.

These potential risks are valid, but fracking isn't the sole provider of pollution in our air quality. Factories, cars, and even cows contribute heavily to the air quality.

It may be possible for natural gas and hydraulic fracturing-associated chemicals to seep through cracks in the rock into a subterrene drinking water source. Another way fracking can contaminate the water quality is if the well is improperly installed or

if chemicals are spilled from trucks or tanks.

The range of water contamination from these sources is currently unknown.

There are both advantages and disadvantages for the community when it comes to fracking. The most significant benefit is an increase in local employment rates. Many companies also invest heavily in the local area, perhaps giving aid to schools, hospitals, and other aspects.

Some negative impacts may include increased noise, light, traffic, and heavier burdens on local infrastructure and resources.

More Research Remains to Be Done

Researchers continue to study fracking effects, so there is still a lot left to find out. There are valid risks when it comes to fracking, but for the most part, fracking is as dangerous as other things that cause pollution.