Biden Administration and the Future of Fracking 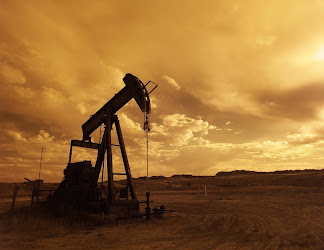 The Biden administration has kept its promise in fighting climate change by temporarily halting ( for 60-days) oil and gas licenses on federal lands and waters. It seems it's the first step in banning new drilling on federal acreage. Federal drilling makes up 25% of America's crude oil production, which means it's a significant contributor to energy supply while also contributing heavily to America's greenhouse gas emissions.

As you can imagine, this has made many environmentalists quite happy as it's the start of a fossil fuel-less America. On the other side, the oil and gas industry has expressed its concern as this directly affects the American economy. New Mexico Oil & Gas has stated that this will affect thousands of blue-collar workers and the loss of millions in support for public schools, first responders, and healthcare services.

One area of the oil and gas industry that can be affected by these upcoming laws is fracking, which has become an efficient way of increasing oil and gas production. Will the Biden administration be the end of fracking? Let's discuss this matter a bit more thoroughly.

Fracking and the Biden Administration 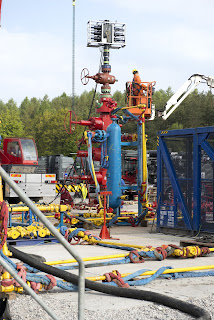 Since the start of President Joe Biden's campaign, he made it clear to people that he would completely ban new fracking sites. Of course, this stance was short-lived, as in an interview he did on January 17, 2021, he stated he would not ban it. He did admit that fracking does contribute to climate, but it also contributes a lot to the American economy.

President Biden said that they (Biden Administration) couldn't simply cut off thousands of jobs by banning fracking from the get-go. It will need to be a transition that doesn't harshly affect the American workers and the American economy. He did mention that by the year 2035, they want to ban further drilling on U.S. soil. Of course, there are still many years left until then.

So what will happen?

Despite the Biden administration's valid reasons to stop fossil-fuel production, they have no real power to do it, but the U.S. Congress does. Obviously, Congress will not want to pass legislation that will severely affect the economy, at least not until a plan is made to make up for the money lost by banning oil and gas drilling.

The only sensible way of getting rid of fracking is by reducing the national demand for oil and gas. Banning oil and gas production without reducing those needs will only increase U.S. energy dependence. Thankfully, President Joe Biden understands the whole picture and, without a doubt, remembers how much fracking contributed to the economy back when he was vice-president.

Fracking Is Here To Stay...For Now

Despite the rapid-fire decision to ban oil and gas drilling temporarily, the Biden administration knows that it cannot permanently ban this as it would harm the U.S. economy. While the ultimate plan is to remove all forms of oil and gas extraction in U.S. soil, it won't happen for a very long time. So the fracking industry can continue to thrive for many more years.

That ends today's Fracking News, feel to look at our other fracking-related posts as well. If you want to stay tuned to news about fracking, be sure to subscribe!