Ohio Slips Into Top 5 in U.S. for Natural Gas Reserves 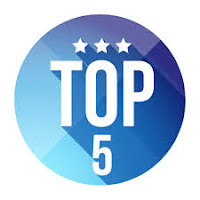 
Ohio has moved into the top five for recoverable shale natural gas reserves in the United States.

Data released by the U.S. Energy Information Administration shows the state saw a 24.5 percent increase in proved shale gas reserves from 2016 to 2017, bringing it to 25.6 trillion cubic feet. That moves Ohio past Oklahoma and behind only Pennsylvania, Texas, West Virginia and Louisiana.

Proved reserves is a measure of oil and natural gas that can be recovered in the future. JobsOhio and economic development groups have said that a robust shale industry will create jobs in Appalachia and reduce energy costs, making it cheaper for other businesses to invest here.

Before development of the Utica Shale, Ohio’s peak year for natural gas production was in 1984 at 186 billion cubic feet. In 2017, it was 1.7 trillion cubic feet, said Dan Alfaro, spokesman for Energy in Depth, an advocacy group launched by the Independent Petroleum Association of America.