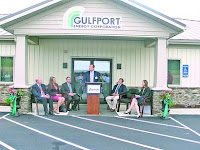 From a Gulfport Energy press release (emphasis ours):

And then, from a separate press release:


For 2019, Gulfport estimates its total capital expenditures will be approximately $565 million to $600 million, which will be funded entirely within cash flow at current strip pricing. The 2019 budget includes approximately $525 million to $550 million for drilling and completion (“D&C”) activities and approximately $40 million to $50 million for land activities. With this level of capital spend, Gulfport forecasts its 2019 average daily net production will be in the range of 1,360 MMcfe to 1,400 MMcfe per day, consistent with the Company’s fourth quarter of 2018 average net production of 1,392.8 Bcfe per day.

Utilizing current strip pricing at the various regional pricing points at which the Company sells its natural gas, Gulfport forecasts its realized natural gas price differential, before the effect of hedges and inclusive of the Company’s firm transportation expense, will average in the range of $0.49 to $0.66 per Mcf below NYMEX settlement prices in 2019. Gulfport expects its 2019 realized NGL price, before the effect of hedges and including transportation expense, will be approximately 45% to 50% of WTI and its 2019 realized oil price will be in the range of $3.00 to $3.50 per barrel below WTI.

And specifically about the Utica shale: