Activists Get a Win in Settlement with Patriot Water 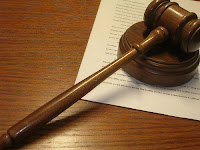 
Though a lawsuit filed by an environmental group against the company Patriot Water is still pending, the recent settlement by Warren would suggest Patriot’s experiment in treating wastewater from the gas and oil industry and have it end up in the Mahoning River might be over.

An attorney for Freshwater Accountability Project of Grand Rapids, Ohio, and Warren Law Director Greg Hicks say Warren resolved its part of the case by agreeing to pay $116,616 of Freshwater’s legal fees and no longer allowing Patriot to discharge “drilling mud,” which is wastewater from the gas and oil industry, into the city sewer system, as it did starting in 2011.

Patriot, which is located on Sferra Avenue in the Warren Industrial Park, stopped discharging wastewater into Warren sewers June 16, 2017, after the Freshwater suit was filed June 27, 2017, and has not resumed.

The plant is still open, however, its president, Andrew Blocksom, said earlier this month. Blocksom said he could not comment on the matter because legal action with Freshwater Accountability is still pending.