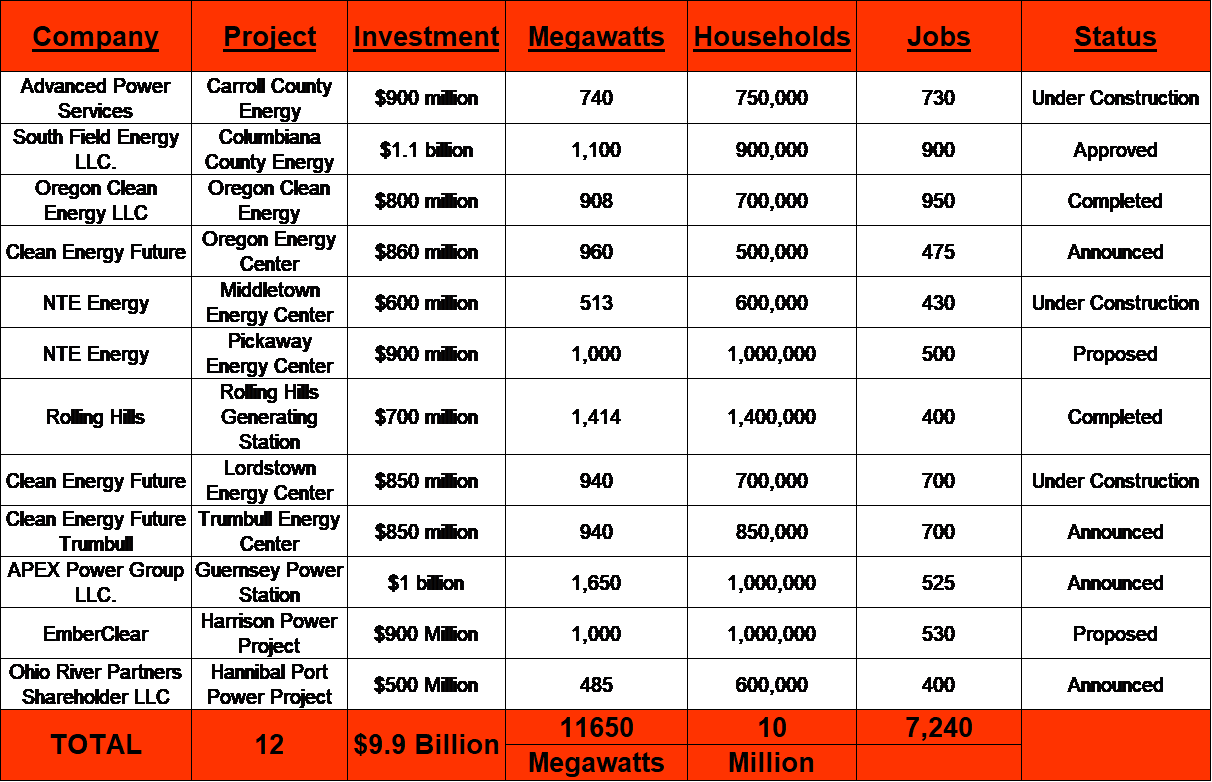 As EID reported in August, the newest of these projects is the recently completed Oregon Clean Energy Center, located outside of Toledo. As you can see in the chart above, the project employed 950 construction workers during its peak and retains about 20 permanent workers full-time. What’s more is that it will add $20 million to the local economy on an annual basis for years to come and pump millions into the local school district.
Ohio Gov. John Kasich participated in the opening of the plant and said,

“Think about this: This plant is providing the same amount of power as one nuclear plant. And at the same time we say that, there’s no risk to it. So this is the future here. This is a big deal. So I think it’s important that Ohio stay in a deregulated environment which brings in investors. If all of a sudden you don’t have a level playing field then you don’t have significant investment. It will go in another place.”

To see what a new operational combined cycle natural gas power plant looks like check out this video on the Oregon Clean Energy Center’s website:
As Gov. Kasich said, “This is a big deal,” and school districts across the state who stand to benefit financially from these new gas-fired plants would certainly agree.