This week, Ohio laid a stake in the ground as the “key anchor” to the Appalachian storage hub — a critical component to support an economic revolution along the Ohio River — during the Utica Shale Summit hosted by the Canton Regional Chamber. The event provided a new perspective on the next phase of Appalachian Basin oil and natural gas development, including storage, infrastructure, and the ultimate end-use of natural gas liquids that has led to a rebirth in plastics manufacturing in the U.S. As a result of the conference, local Ohio papers are asking, “Could Ohio and nearby states become petrochemical hub?”
Thanks to prolific natural gas liquids from the Utica Shale, the Ohio River Corridor, a new site selection service company, announced it’s hopeful to soon rebrand the “Rust Belt” as the “Plastic Belt.”  So how is Ohio the so-called “key anchor” to this forecasted “Plastic Belt”?
Well, as recent American Chemistry Council and West Virginia University (WVU) reports have detailed, one of the key components to unlocking plastic manufacturing is finding storage solutions for natural gas liquids. And Ohio is in fact the only state in the Appalachian Basin that has a project underway to do address storage solutions.
The Mountaineer NGL Storage project, located in Monroe County, would support 3.25 million barrels of natural gas liquids (NGLs) initially, with capacity to store as much as 10 million barrels of NGLs in a salt formation about 6,700 feet below the surface. The project would be a huge resource to support the needs of ethane cracker plants slated for the region.
According Mountaineer President David Hooker, the project is a “key anchor” to the much talked about Appalachian Storage Hub concept. The Ohio project is essential to keeping NGLs produced in the Appalachian Basin local, as it serves as warehouse for NGLs during the operation of an ethane cracker. Here’s how the company illustrates its significant role in bringing manufacturing to the region. 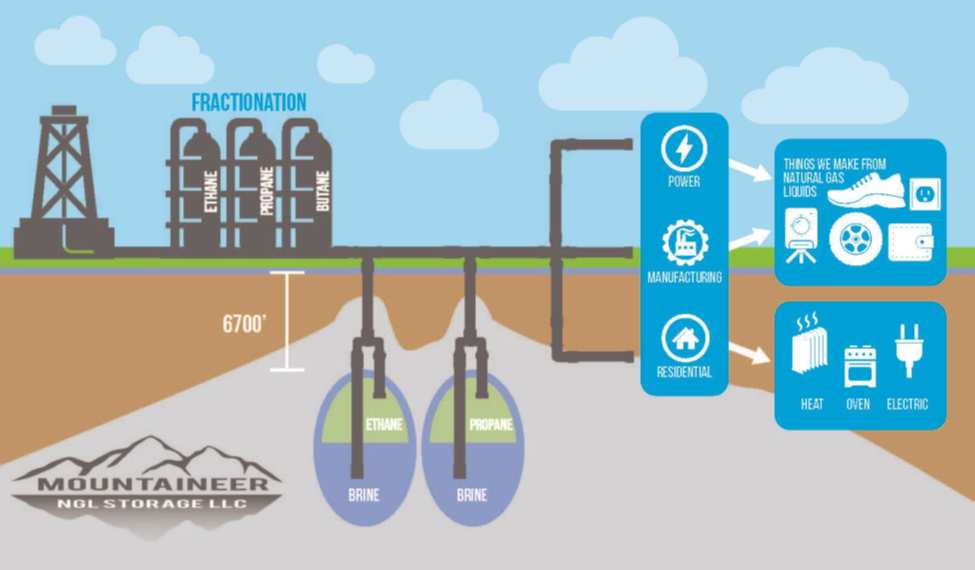 As you can see, prolific natural gas liquid production from shale must be separated into ethane, propane, butane, etc., through fractionation. After that, the NGLs can be stored, or warehoused, to support the ebbs and flows that the private market will ultimately dictate.  For Mountaineer’s project, that means storing NGLs in salt caverns.
How Does Salt Storage Work?
Salt storage is one of the preferred methods of hydrocarbon storage, according to the Energy Information Administration (EIA), and has been used throughout the country for over 70 years. In other words, the process is certainly not new.  Utica Shale Summit conference attendees were excited to see a new video that highlighted Mountaineer’s project and provided an education salt storage.
Keeping it Local
In order to keep the vast production coming out of the Utica Shale local, there needs to be an incredible amount of infrastructure built out to support transportation and end-use in the region. That means finding a home for dry gas, such as gas-fired power plants, and taking NGLs to market. As Team NEO, an economic develop group, stated at the Utica Shale Conference,

“Right now we’re exporting a tremendous amount of value out of the region. What I’d like to do is try to have this region benefit from that and create wealth and jobs going forward. We have a window of opportunity to seize this. We have competition all over the world.”

Hooker agreed, saying “keeping it local is the key,” which is why his company has already spent $20 million toward supporting that goal.
But keeping Utica Shale local will largely depend on major investment decisions to build crackers in the region, and additional storage and infrastructure. Of course, Shell has already announced its investment in Pennsylvania, and Ohio is anxiously awaiting a final investment decision from PTT Global Chemical, but what about others? And will plastic manufacturing companies follow suit and decide to invest in the region as well?
Time will tell, but if the first storage facility in the tri-state is any indicator of things to come, there’s certainly a lot to look forward to.  And it can’t be emphasized enough that none of these activities would be possible without production of oil and natural gas from shale. 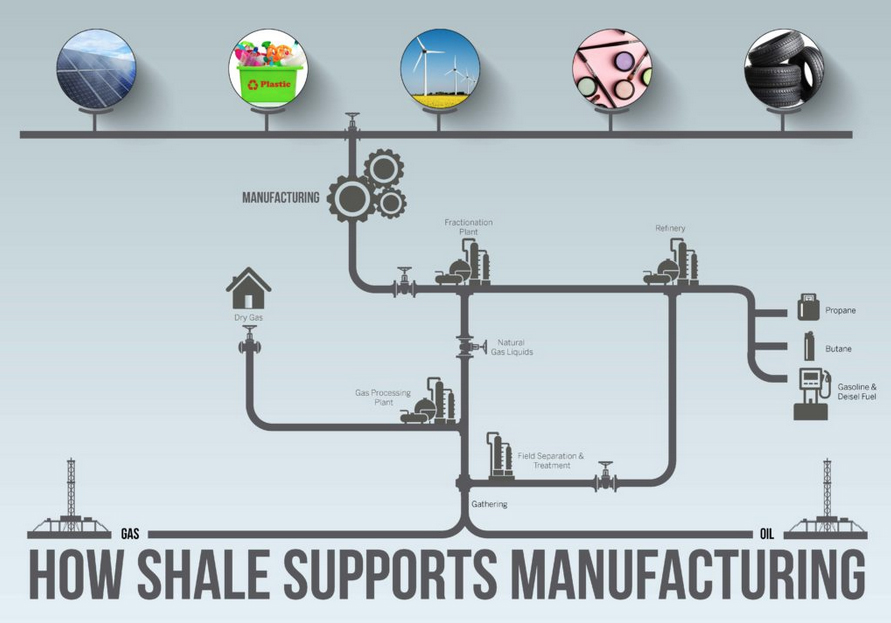