EID and the Ohio Oil and Gas Association (OOGA) recently produced a report highlighting the millions of dollars shale production has generated via ad valorem tax revenue in Ohio’s top-six Utica Shale producing counties.
But not to be overlooked is the fact that shale production has also led to another Utica Shale county just outside the top six — Columbiana County — seeing its oil and gas production property tax revenue swelling by 1,353 percent. Columbiana County’s Utica Shale wells produced $1.6 million in ad valorem taxes between 2010 and 2015. More impressively, more than a $1 million of that total came in one year alone — all thanks to fracking, as the following charts illustrate. 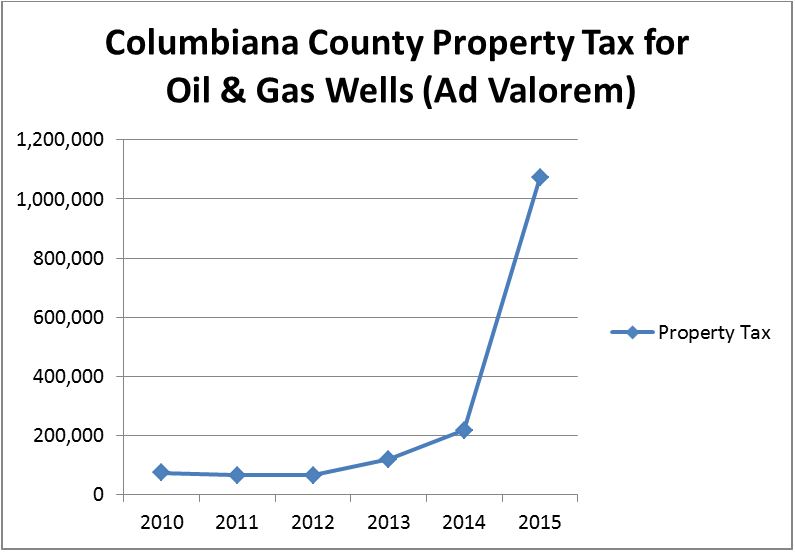 Like many other Ohio counties, Columbiana County has been producing oil and gas for decades, and prior to the shale revolution, the total ad valorem tax from conventional production had been around $70,000 per year. But thanks to fracking, that number jumped to $1,072,685 in 2015 alone. This 2015 tax collection reflects production of wells in 2013, as ad valorem taxes are paid about two years after production.  Here’s how that works:

Considering Columbiana County’s Utica Shale production showed moderate increases in 2014 and 2015, the county can expect higher tax receipts in 2016 and 2017. To date there are 65 wells that are permitted in the county, 20 that are drilled and 60 are in production. 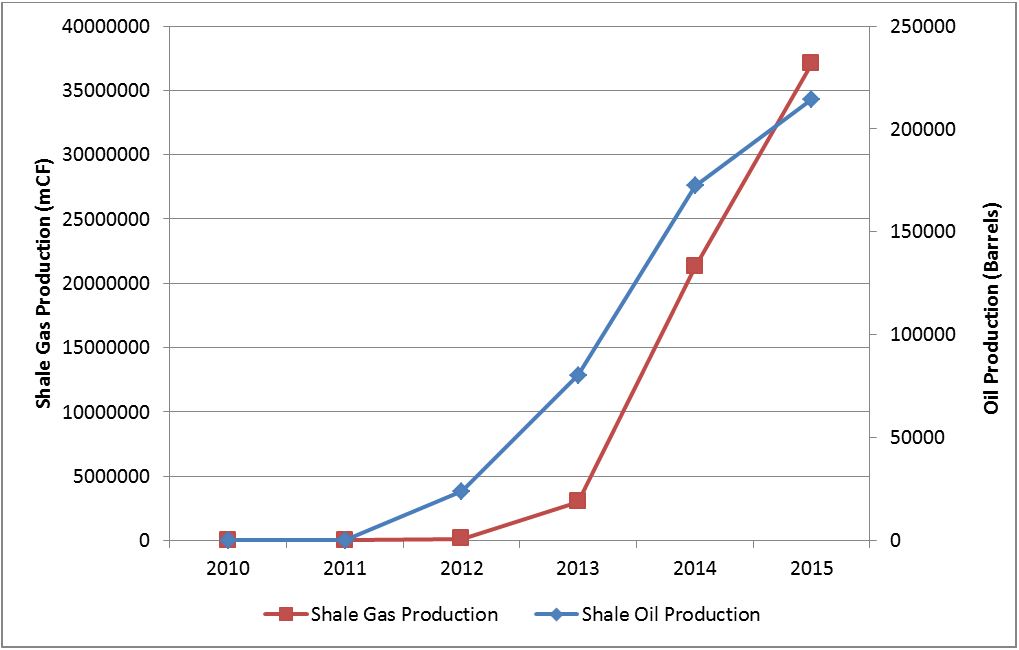 In our recent report, we conservatively projected that six counties in Ohio (not including Columbiana) would receive at least $200 million in new tax revenue from production over the course of 10 years. So who benefits most from these taxes? Well, the majority of it goes to the school, but local governments also receive a cut as well. In fact 100 percent of the money stays local.
In addition to this spike in tax revenue, Columbiana County Utica Shale development has led to a $1.1 billion natural gas fueled power plant, which will yield an incredible $30 million windfall to the county, townships, and local schools. This is noteworthy as the plant would not be possible without natural gas local gas production occurring in Columbiana County. Revenue from the plant will support local schools, say local officials interviewed by reporters from area broadcast station WTOV-9.
Whether it be ad valorem taxes from oil and gas production or the end user, a new natural gas-fueled power plant, Columbiana County is resoundingly excited. Yellow Creek Trustee Kenny Biacco, recently said,

“I think it’s the biggest thing in the history of Yellow Creek Township,”

Columbiana County Commissioner Jim Hoppel also explained his excitement about the oil and gas activity in his county like this,

“Besides all that money they’re getting, there’s going to be construction costs, workers, people put to work. So it’s going to be a real big issue for our county.”

In addition to the power plant, Columbiana County is slated to receive major revenues from the Nexus pipeline as well. According to the company’s economic impact study, Columbiana County will receive over $33 million. Below is a summary of the tax receipts estimated after the pipeline goes into service:

So whether it be millions from real estate property taxes paid directly on oil and natural gas production, tax revenues from pipelines, or tax revenues from end users of natural gas — such as natural gas-fueled power plants — at the end of the day, the robust economic activity occurring in Columbiana County and other Ohio shale counties stems from shale development.