By Rob Magee - December 15, 2016
The Ohio Department of Natural Resources has now released the production data from the Utica shale for the third quarter of 2016. As always, we are going to give you a look at how the numbers compare to past quarters, past years, and how they break down among the various drillers who are active in Ohio and the counties where they are drilling. We also have the top 10 oil and gas wells detailed below.

First up, let's take a look at how the quarterly data compares from the 1st quarter of 2014 through the third quarter of 2016. As a reminder, all oil figures are 42-gallon barrels, and all gas production is measured in MCF:

So, the decline in oil production rates continued in the third quarter.  The following graph illustrates the drop: 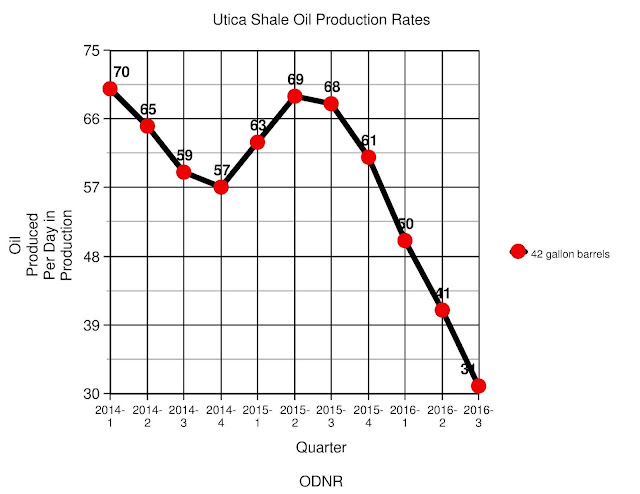 The gas production rates have been much steadier: 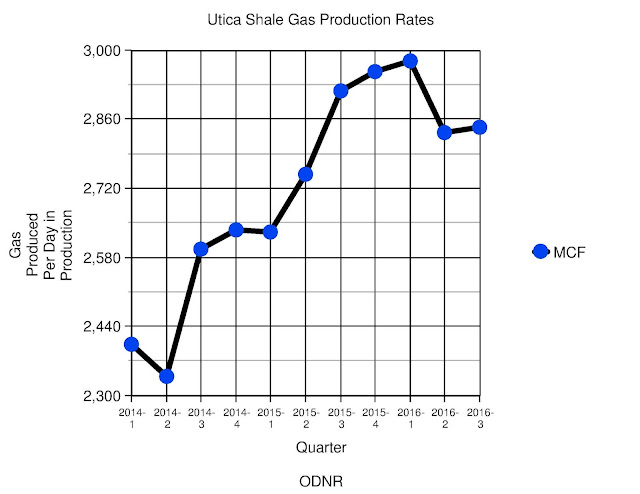 This next chart looks at the yearly total production figures and how they compare to the first three quarters of 2016:

So there has already been more natural gas produced in 2016 than in any other year, and once the fourth quarter production figures are in there may be more gas produced this year than in 2014 and 2015 combined.

Oil produced, on the other hand, is almost certainly going to drop year-over-year for the first time since the beginning of the shale boom.  It's nearly 1.5 million barrels behind the total oil production of the first three quarters in 2015.

For the sake of comparison, the total production from these 10 wells during the third quarter was nearly 41,000 barrels lower than the total from the top 10 wells of the second quarter.  That is nearly a 10% drop.

Here are the top 10 gas-producing wells of the third quarter: