Though still significantly down from previous highs, an EID data review reveals rig and permit counts in Ohio’s Utica Shale increased significantly last year, with rigs climbing over 130 percent and permits rising by 25 percent since 2016. Production results from the first and second quarters of 2017 reported by the Ohio Department of Natural Resources (ODNR) also showed significant gains this year. Natural gas production rose by 16 percent compared to the same quarter last year and also rose slightly – approximately 4 percent for a total of 388.6 billion cubic feet (Mcf) – compared to the first quarter of 2017.
More importantly, as drilling has picked up and production of natural gas continues to break records, ODNR has confirmed that unconventional drillers in Ohio have had no major incidents in 2017 classified under the ODNR Emergency Operations and Response Section.
This year the Utica Shale Local Support Series also revealed some exciting information in regard to property taxes paid on production and expenditures on roads tied to drilling activities. Both reports have concluded that oil and natural gas drilling and production lead directly to significant economic benefits, such as over $43 million property taxes paid on production and over $300 million paid in improvements to vital infrastructure. Moreover, the aggregate Ohio sales tax and use revenues have continued to climb by 45 percent in eight Utica Shale producing counties, outpacing the sales tax growth rate of Ohio’s 80 other counties by 15 percent, from 2012 to 2016.
By all metrics, 2017 has shown positive trends, especially as it appears Utica Shale development is still in its infancy.
Who’s Drilling & Where are they Drilling?
From a permit perspective, the big story is the fact that for the first time ever, permits to drill shale wells in Belmont County have surpassed Carroll County. As of Dec. 2, Belmont County has been issued the most permits at 530, followed by Carroll, Harrison, Monroe, Noble, Guernsey, Columbiana and Jefferson counties.
To date there are 21 rigs operating in Ohio, which is slightly below 2017’s high of 23 rigs, but still a significant improvement from the low counts seen in the spring of 2016.
Some surprising trends have also emerged this year, and demonstrate that some of EID’s earlier predictions were accurate.  For instance, Jefferson County incredibly, has more than doubled its permits from 2016. In fact, aside from Mahoning County, the top 10 Utica Shale counties all saw an increase in permits, with Monroe and Belmont joining Jefferson County to round out the top three counties in terms of percentage change of permits.
While showing a small reduction from last year, Chesapeake Energy still has the largest number of permits in Ohio, followed by Gulfport, Ascent Resources, Antero, Eclipse Resources, and Rice/EQT. But the company who has advanced their drilling program the most is hands down Rice/EQT, with Ascent, Gulfport and Antero also showing top gains in their development of Utica Shale assets. 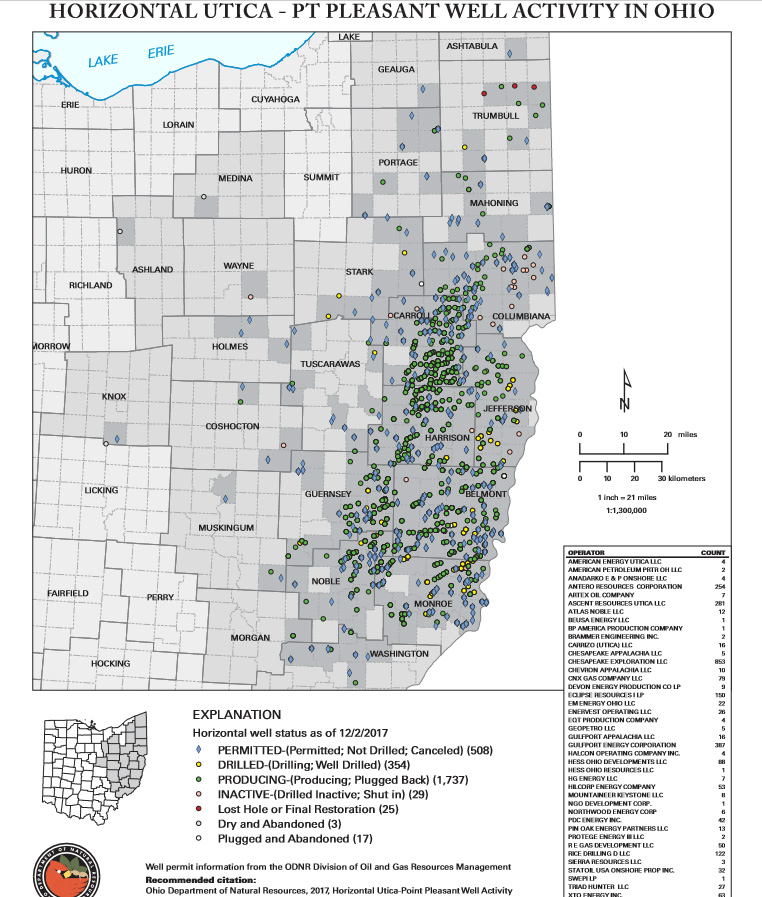 What’s more is that this is only the beginning. As was reported by the ODNR, natural gas production has continued to surge in 2016 and into the first two quarters of this year. Drilling is starting to pick up again, and with it, production can be expected to continue to rise as well. That’s why we conservatively forecasted Ohio shale counties will receive an additional $200-$250 million from ad valorem taxes from 2016-2026. As the real-world data shows, these taxes are having an enormous positive impact locally and providing much-needed resources to our schools, governments and social services — and doing so without raising taxes on Ohioans.
In addition to this one tax, a new report by Energy In Depth and the Ohio Oil and Gas Association (OOGA) finds that oil and gas operators have paid more than $302.6 million for road, bridge and culvert improvements via the Road Use Maintenance Agreement (RUMA), which is used by Ohio counties to ensure road damages by heavy equipment being moved for shale drilling and pipeline work are either prevented or repaired. 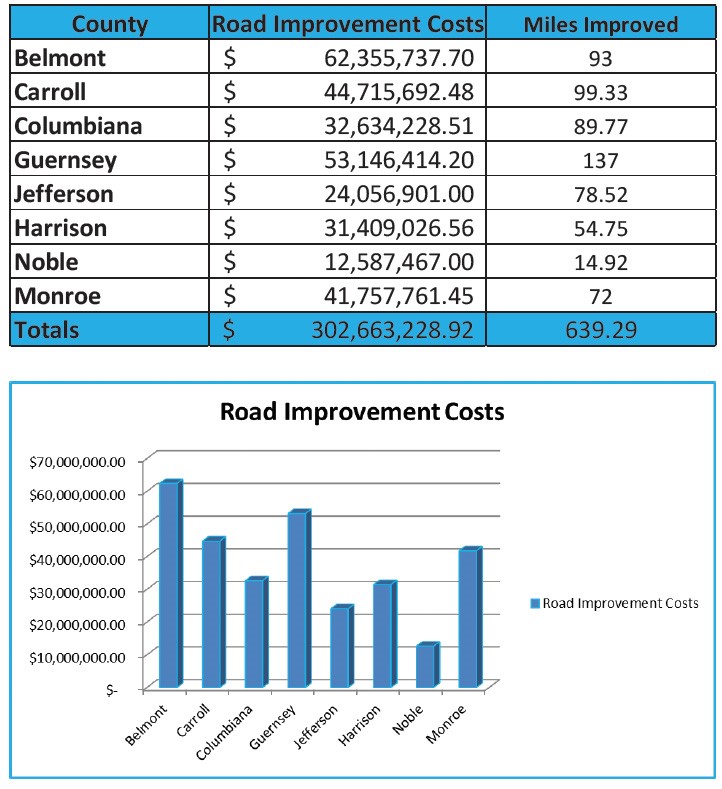 By all metrics 2017 has been a good year for upstream Utica Shale development in Ohio. With new pipelines coming online to move product to market, we would certainly expect a positive outlook for the year to come as well.