By Rob Magee - September 05, 2016
The Ohio Department of Natural Resources has now released the production data from the Utica shale for the second quarter of 2016. As always, we are going to give you a look at how the numbers compare to past quarters, past years, and how they break down among the various drillers who are active in Ohio and the counties where they are drilling. We also have the top 10 oil and gas wells detailed below.

First up, let's take a look at how the quarterly data compares from the 1st quarter of 2014 through the second quarter of 2016.  As a reminder, all oil figures are 42-gallon barrels, and all gas production is measured in MCF:

Continuing the trend noticed in the first quarter results, oil production continues to slide.  This time gas production joined in.  While overall gas production increased, rates per well and per day in production both dropped.

The drop in oil production is clearer to see in this graph: 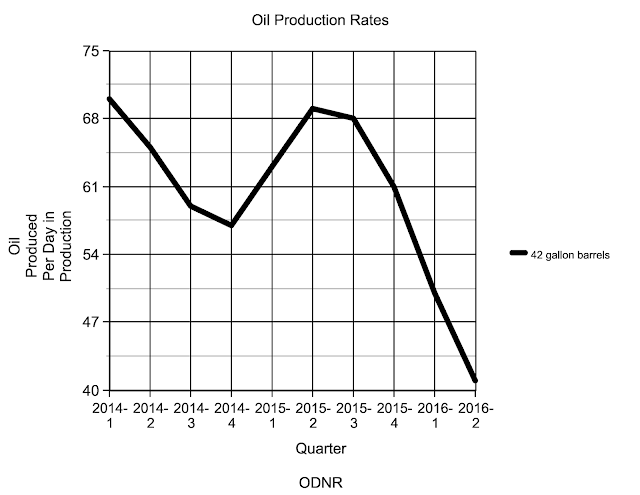 Next we look at the yearly production from 2011 to 2015 and see how it compares to the production through two quarters of 2016:

Here are the top 10 oil-producing wells of the quarter:

And the top 10 gas-producing wells from the second quarter:

Here is a breakdown of the data by county: 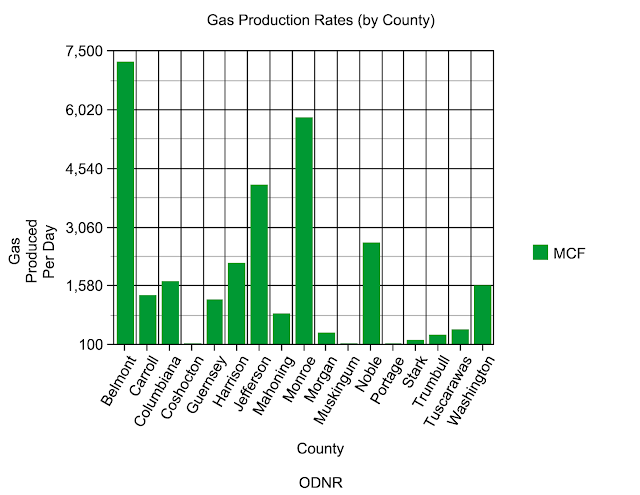 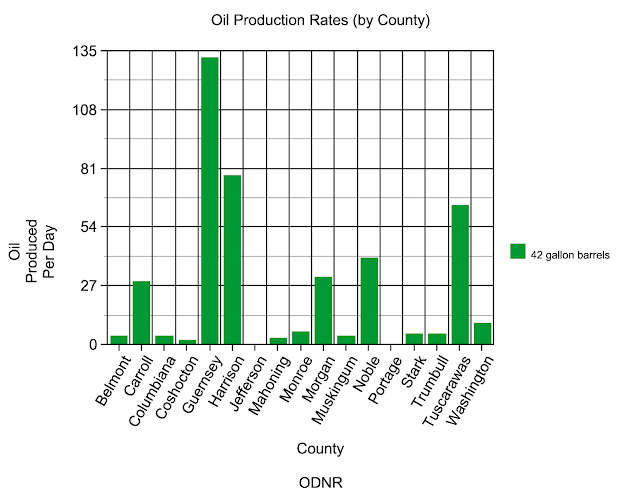 And finally, the data broken down by operator: 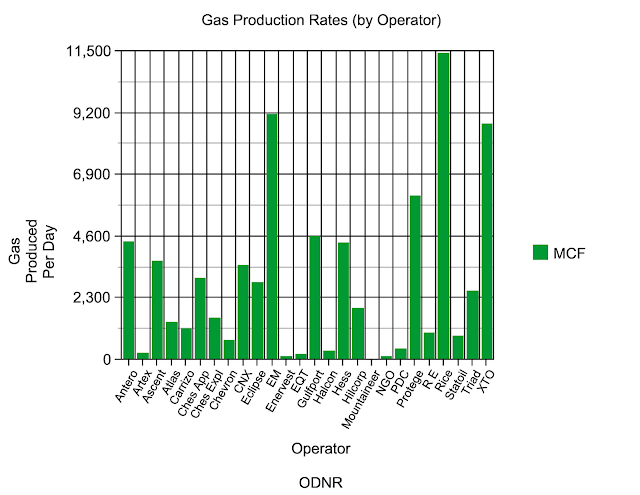 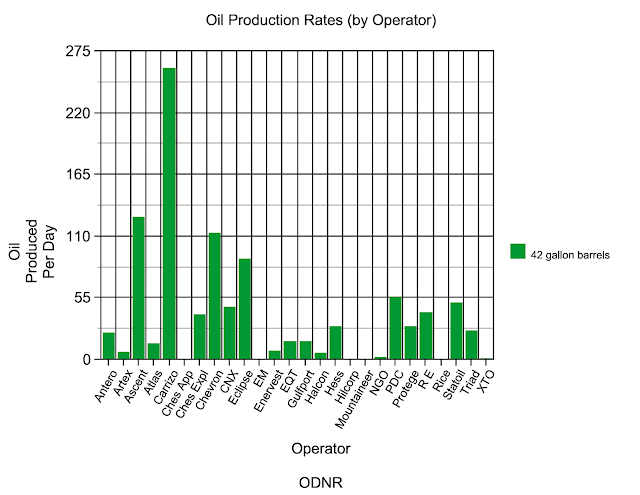