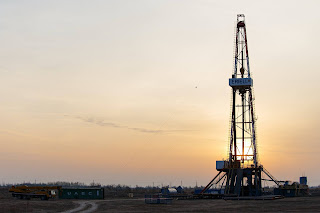 Equinor, a Norwegian-owned petroleum company, has finally completed the sale of their onshore assets in the Bakken Shale. Their decision to sell their assets comes after a decade of multibillion-dollar losses and criticism for their bad investment choices. Equinor has sold all its operated and non-operated acreage (along with their midstream assets) in the Bakken region in North Dakota and Montana to Grayson Mill Energy for a total of $900 million.

They will continue to operate their assets for the coming four months, after which they'll hand over all of the operations to Grayson Mill Energy. Despite this significant change of ownership, Grayson Mill Energy has stated that nearly all field staff and many of those in the maintenance teams currently on the Bakken assets will remain after the transition.

What do we know about the Equinor Bakken Shale assets?

The Bakken region has dramatically evolved during the last decade's shale boom and currently generates more than 1 million barrels of oil a day, reaching a peak in late 2019. The region has a high per-barrel cost of production, and investor interests in the capital discipline have caused producers to restrict output since the coronavirus pandemic began.

Equinor bought assets from Brigham Exploration Company for $4.7 billion back in 2011. Unfortunately, Equinor recorded an accounting loss of $21.5 billion during the past years on its overall U.S. activities, including $9.2 billion due to onshore shale. This has also affected Equinor's shares, as they were down 2.1% for some time.

The losses were not because of a lack of production, as Equinor produced 48,000 barrels of oil equivalent per day from its 242,000 acres in the Bakken Shale region in the fourth quarter of 2020, which is about 15% of its U.S. output. Most of the losses were caused by lower-than-expected oil and gas prices, especially after the 2014 oil price crash. On top of that, Equinor underestimated the complexity of operating U.S. onshore assets, and their management did not tackle problems promptly.

Grayson Mill Energy has stated that they will take full advantage of their assets and take necessary precautions to avoid any loss.

Do you want to stay up to date on current oil news? If so, subscribe to our website! At the Daily Digger, we do our best to deliver oil news based on facts instead of biased opinions.