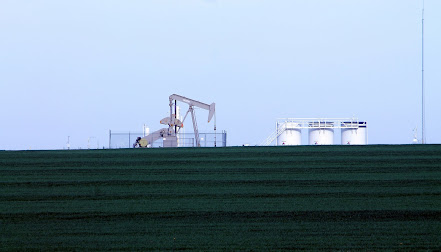 Like most politicians, President Biden made promises during his campaign that he has no intention of keeping. As a result, the domestic natural gas industry will likely suffer. With that, President Biden plans to roll out a new infrastructure plan.

Back in 2019, Biden stated his hopes to ban hydraulic fracturing. These statements came back to haunt him in his battle with Donald Trump to win the state of Pennsylvania. A large portion of the state's economy is the Marcellus shale natural gas production. Without the use of fracking, companies cannot produce natural gas.

During the initial part of the election campaign, Biden's staff persuaded the public that Biden would not ban fracking. However, the public was not convinced, so Biden traveled to Pittsburgh to discuss the critical role natural gas would play in his administration's energy plans.

Later, his campaign rolled out a "Clean Energy Plan", designed to achieve a national net-zero carbon emissions outcome by 2050. The plan was based on "technology-neutral standards" such as hydroelectric, geothermal, existing and advanced nuclear, and carbon capture and storage.

Last week, the Biden/Harris administration rolled out the "American Jobs Plan". It has received criticism from many, including infrastructure project advisory firm ARBO who have stated the following: "For a campaign whose slogan was Build Back Better, the fact that the title of its supposed major infrastructure plan makes no mention of either building or infrastructure is telling. The plan essentially has morphed into a jobs plan that has limited spending on true infrastructure. The plan also abandons key promises that President Biden campaigned that would have kept the natural gas industry and pipelines relevant for decades."

Biden's Clean Energy Plan focused on tax incentives for "technology that captures carbon and then permanently sequesters or utilizes that captured carbon, which includes lowering the cost of carbon capture retrofits for existing power plants." It also promised research investments.

However, the ARBO notes that "he only mentions of carbon capture and storage come in two tiny projects that involve use of the technology for retrofitting large steel, cement, and chemical production facilities in environmental justice communities and as part of a plan to invest in demonstration projects in various areas including utility-scale energy storage, hydrogen, advanced nuclear, rare earth element separations, floating offshore wind, biofuel/bioproducts, quantum computing, and electric vehicles."

During the campaign, there was also a heavy focus on hydrogen-fueled vehicles. This technology would allow existing natural gas and oil pipelines to be repurposed to transport hydrogen around the nation. Yet, the Biden bill has all but abandoned the focus on hydrogen. ARBO notes, "hydrogen, which is a key component of the net-zero plans in the rest of the world, is mentioned only twice in these small programs that include carbon capture and storage."

Moreover, the promises to push for federal incentives for the reparation or replacement of natural gas distribution systems to reduce methane emissions and create blue-collar jobs have also disappeared from the plan rolled out last week. ARBO states that "the only methane reduction program is the remaining $16 billion in the energy category for a program to plug oil and gas wells and restore and reclaim abandoned coal, hard rock, and uranium mines."

The administration has included some infrastructure spending as a feature of the bill while focusing on other priorities, knowing that it could win them some points with the public.

Additional evidence of Biden's plans for natural gas was seen at a televised meeting on October 18. The then-presidential candidate promised not to ban fracking but in the same breath promoted his clean energy plan, which aims to cut natural gas out of the power mix within fifteen years.

The natural gas industry interprets Biden's infrastructure bill. If the administration gets its way, their business will become extinct shortly. The only question is how long it has left.